Janis Lanning is a wife, mother of three, and grandmother of ten. She actively serves in her church, interprets for the deaf, and works with women’s ministry and missions. Janis writes for Urban Ministries, Inc., as well as for various school, church, and camp curriculums. She enjoys international mission trips to Jamaica and Guatemala, as well as local and national mission opportunities. Janis lives in Richmond, MO. Learn more about her at http://janislanningwriter.com/ . 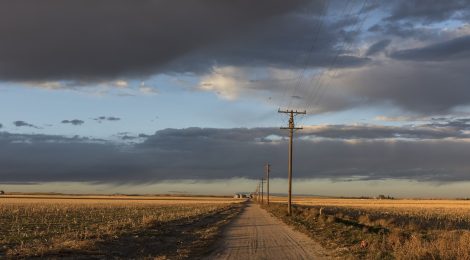 The Long Road to Forgiveness

nowwhat / July 1, 2019 / Comments Off on The Long Road to Forgiveness / Christian Faith - General

The phone rang. Anticipated small talk with Mama quickly gave way to concern when I heard her anxious voice. “Daddy and I just found something odd in the mailbox.” She described a business card — from the FBI. A number and call request were jotted on the back.

I clicked to speaker so my husband, Don, could hear, and instinctively began praying. God, show us how to handle this. “Sounds like someone is trying to pull a prank on senior citizens living in the country,” I said, writing down the information.

We looked up the Federal Bureau of Investigation office in an old phone book, assuming the number provided on the card was a scam.

“Yes, Linda Blaylock is an agent,” the person on the other end said. Our disbelieving eyes locked in concern.

Don hung up, immediately called Linda Blaylock, and handed me the phone. She told of attempts to find my parents at home. “We finally decided to leave a card.”

She assured us Mama and Daddy were not at fault, but she needed to talk with them first. We arranged to meet early the next week at my folks’ farm home and she would explain everything.

I spent the weekend in prayer and wonder. God, I know You’re in control, but this is unnerving! What could they possibly need? Please give us all calm and clarity.

Monday afternoon, Linda and another agent stood in my parents’ living room. They alternated eye contact between my parents and shared disheartening news: Their long-term health care plan was nonexistent.

“Do you know these men?” Linda opened a folder containing two photographs.

“Yes, that one is Kane,” Mama said. At eighty years of age, my parents had grown fond of Kane and appreciated how he checked in on them every few months. On a recent visit, Daddy asked me to meet him and hear details of their policies, in place for about ten years now. Mr. Kane answered my questions, showed colorful brochures, and listed benefits.

Linda explained how my parents unwittingly became part of a scam to defraud senior citizens in Kansas and Missouri. They were two of the twenty-six older adults cheated out of not only premium payments but also their coverage.

Investigators believed Kane closed policies and pocketed the premiums over the past few years, resulting in losses to victims of over $850,000.

A host of fears bombarded me. What happens next? How will this affect Daddy? He is so silent. How much money did my parents lose? Is it too late to get insurance now?

Questions soon gave way to anger, stress, and a burning desire to bring justice on Kane. I began the first of many conversations with the FBI, phone calls and research about insurance policies, and thoughts of the future. Mama’s meticulous recordkeeping and huge desk drawer filled with nearly sixty years of farm and married-life paperwork proved advantageous. She had more documentation in the schemer’s handwriting than most victims.

Fear of the unknown slowly disappeared,and our days of discovery led to months of trusting God. My parents no longer qualified for similar long-term health care insurance.

One day Linda Blaylock mentioned collecting evidence on Kane by putting hidden microphones on me and arranging for me to meet him at a restaurant. Fear of weakness morphed into new courage as I held on to God’s promise in 2 Timothy 1:7, to give me a spirit of power, love, and a sound mind.

Twice I met with Kane at Panera’s to discuss my parents’ policies. He didn’t know I was wired, and I didn’t know which of the customers and workers were FBI agents on surveillance.

Through these meetings and subsequent phone recordings, I remained calm. I gathered information from the man who still claimed to be caring for my parents. As far as he knew, I simply needed more clarity about their policies and how to access the benefits in the future.

Despite God’s power and peace, I fought the nagging realization of Kane’s lies and betrayal. While sitting with him, I seemed calm and collected. The moment I rehashed my findings with my husband or parents, angst billowed up.

As I sat with my parents at the farm, I couldn’t hide the frustration and disbelief. How could Kane continue his charade? How would my family move past this horrible situation? I sensed my unforgiving, angry spirit must change. Sometime.

For nearly a year, I prayerfully watched everything unfold: personal meetings, phone conversations, continuous prayer. We could discuss this only within our immediate family. During that year, the world kept spinning while we secretly juggled negative emotions.

Finally, the day of Kane’s sentencing arrived. On April 28, 2008, I sat in a United States federal courthouse, my heart pounding. I had prepared well, prayed fervently, and knew what I needed to do. Memorized words from Micah 6:8 assured me:

He has shown you, O man, what is good;
And what does the Lord require of you
But to do justly,
To love mercy,
And to walk humbly with your God? (NKJV).

I glanced back at a disheveled-looking Kane as a man spoke on his behalf. My fear of stumbling gave way to clarity. When my name was called, all nervousness disappeared. I stood before the judge and spoke of my parents’ trust — first in God and second, in Kane. I contrasted their integrity with Kane’s actions, while asking for justice.

In a firm, crisp voice, the judge reprimanded Kane before sentencing him to prison. As he sat expressionless, I prayed, Please move in his life, Lord.

In many ways, my greatest fear came years later. One morning, a thought came to mind while I prayed: Forgive as you have been forgiven. I read 2 Corinthians 2:9-11: “I wrote for this purpose: to test your character to see if you are obedient in everything. If you forgive anyone, I do too. . . . I have done this so that we may not be taken advantage of by Satan. For we are not ignorant of his schemes” (HCSB).

I prayed, “Show me where I refuse to forgive. Where am I not obedient?”

Immediately, Kane came to mind. I wasn’t surprised. As I watched Daddy’s failing health and lack of insurance; when I allowed fleeting thoughts to imbed themselves and justify my angry heart; or when I described events leading to Kane’s conviction, I knew forgiveness was elusive.

Here I was again: How can I pray for Kane’s well-being when I haven’t forgiven — while I harbor resentment and self-righteous anger? Colossians 3:13 came to mind.“Make allowance for each other’s faults, and forgive anyone who offends you. Remember, the Lord forgave you, so you must forgive others” (NLT).

What do you mean, God? I forgave him. Years ago.

People ask, and I simply share the facts. Sure, I’m angry. I can’t just forgive and forget, can I?

So, You’ll stop me mid-sentence when I begin rehashing events? You’ll replace thoughts of his just-due sentence with compassion?

I feared complete surrender. It was different from previous fears; this was all about me. Might my refusal to surrender all of me hinder the transformation God desired to complete in me?

Yes, justice had been done, and Kane was in man’s prison. But I had unwittingly chained myself to a prison that lacked peace. My prayers for Kane, though sincere, belied my resentment and anger. Forgiveness meant releasing a part of myself I had cradled and justified for so long. It was time to trust sovereign God completely.

“Here we go, God.” Tears flowed as I prayed, “I give everyone to You: Kane, Mama, and Daddy. Help me stop repeating the story for my glory or a listener’s reaction. You alone are worthy of glory. Move in Kane’s life. Let me see him as You see him. Thank You for bringing me to this point. Transform me.

“OK, then. In Your strength, I choose to forgive. And please forgive me.

I’d like to say everything became smooth sailing afterward. I can’t.

She occasionally mentions Kane. “I still pray for Kane, his wife, and daughter. I hope he’s straightened out and living for the Lord.”

I think to myself, Yes, Mama. I’m grateful God cares enough to straighten all of us out.

Note: This is a true account on public record, but names and places have been changed.