Marty Magee has written about 100 articles for the Christian market. She has published two devotional books (Ebenezer and Ninety-Eight Friends: Musings on Life, Scripture and the Hymns and Twenty-Five Days Around the Manger) and has written a few short plays performed at three churches in California and Oregon. Marty and her husband live in Mill City, OR. Visit her blog at www.martymagee.com. 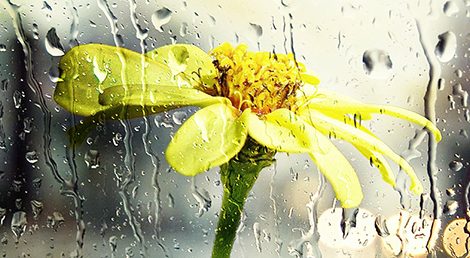 When our flesh fails, God leads the way and remains beside us.

nowwhat / November 1, 2016 / Comments Off on The Addison’s Battle / Physical Health

What caused those brown spots all over my body and those reddish-brown splotches on my gums?

At 43 years of age, I had no answers. I didn’t know what these spots and splotches meant. Because of my severe weight loss (down to 79 pounds), some feared I was under too much stress.

I had gone through many traumatic events that year (my husband’s layoff, his spinal tumor, and his father’s death, to name a few), so my doctor wanted to rule out depression. But he also asked me, “Do you think you have a malignancy?”

The doctor had observed my perception about my health. Still, what an odd question! Certainly severe weight loss might play a part in a cancer diagnosis, but I answered, “No.” After that many years, I knew my body.

Though sure I didn’t have a malignancy, I knew these symptoms meant something. At my nephew’s wedding reception some weeks earlier, I felt too weak to walk to the buffet, so I sent my daughter for a plateful of olives. Why this craving for salt? I wondered. I’d craved salt for several weeks.

At home, I wanted to maintain some semblance of normal life for my husband and our younger daughter, Judy, still living with us. However, I mostly went from chair to chair to rest, and felt embarrassed to simply give up and go to bed. Coming from a family of doers, I wondered if anyone believed me — or if they thought I needed a swift kick!

My husband, David, took my symptoms seriously but didn’t know how to fight them. Having lived with me for 23 years, he watched how I suffered and couldn’t perform the way I’d like. He saw the depression, the sadness of my wanting to give up, of wondering what people thought.

David opened heavy doors for me, took me out to eat instead of making me cook (though I didn’t care to eat much), and performed many of the home duties ordinarily left to me. And he put his foot down on extra activities: “I don’t think you need to be in the choir for a while. You’re simply not able right now. We’ll get to the bottom of this problem.”

Judy provided wonderful help, but she and her sister, Jenny, became confused: What can we do for Mom? Grown children ask this about their 80-year-old mother, not about one in her 40s.

Blood tests proved nothing. With weakness, constant malaise, shortness of breath, and inability to eat, I became strapped with this unknown malady.

Still, I kept up my classes at Lane Community College in Eugene, Oregon, so I could become a medical transcriptionist. When an endocrinologist spoke to my class one day, I began to put the puzzle pieces together.

I pored over my anatomy and physiology books. At last, matching symptoms. Weight loss, dark skin pigment, salt craving, weakness, and loss of appetite: Addison’s disease! Though not sure, when I asked him about the possibility, my primary doctor ordered blood tests.

While I waited on the results, I continued my mentoring job in the college writing department, plus another part-time job. After I climbed the three flights of stairs to the English department, I fell into my chair for several minutes to catch my breath before beginning work.

I also worked as a medical transcriptionist in the rehabilitation department of the hospital, but my unknown condition finally began having a negative effect on my work performance.

After only a few weeks, my boss called me in. “We’ll have to let you go because you don’t get the work out fast enough,” he told me.

My heart sank. I’d studied hard and long for this position and done well in my classes. Now a pink slip!

I learned that an ACTH stimulation test assesses the function of the adrenal glands’ stress response by measuring the adrenal response to adrenocorticotropic hormone. A few days prior to my last day at work, I received the test twice, passing out the first time after the dye was infused.

Shortly after we got home from my failed attempt at working, I received a call from Dr. Bradley’s office: “Your ACTH lab work came back positive, and we’d like to perform more tests on you. Can you come in to the office?”

Can I? Of course, I can. They’re finally doing something. They’re listening to me! Had I begun to find the answer to a treatable physical problem? Did God care enough to provide an answer for me? Could I trust Him to take it from here? Yes, yes, and yes.

One thing that helped my faith was a verse I’d learned as a youngster: “And we know that all things work together for good to those who love God, to those who are the called according to His purpose” (Romans 8:28).

In my health, I finally saw God working all things together for my good, aiding in a way I could see and feel. Dr. Bradley explained to my husband and me that Addison’s disease (also called adrenal insufficiency) involved the adrenal glands, right above the kidneys. He immediately placed me on hydrocortisone, a steroid that replaced the steroid my adrenal glands should have produced.

Dr. Bradley gave us more information. Addison’s, a rare endocrine disorder, affects only about one in 100,000 people (National Organization for Rare Diseases), and it’s not your garden-variety disease. John F. Kennedy kept his bout with Addison’s secret in order to be accepted as a presidential candidate, and some historians think Jane Austen suffered from the same disease. At least I was in good company.

My doctor also informed us that to receive an Addison diagnosis, at least 90 percent of the adrenal glands must be atrophied.

Learning more about Addison’s gave me incentive to take care of myself. I found out that an Addisonian crisis includes severe vomiting, low blood pressure, loss of consciousness, convulsions, fever, low sodium — and sometimes death. Not relishing these possibilities, I seldom forgot my daily steroids.

After only a few days on hydrocortisone, I began to gain weight and quickly gain energy. Though on a limited budget, I bought new clothes, searching the racks at Walmart like a wealthy woman in Saks Fifth Avenue. Of course, I now had to eat lunch. No more living on green olives.

I reveled in my strength to eat and walk upstairs — and work. I soon took a job in a smaller hospital as a switchboard operator and emergency room admitting clerk. It wasn’t long before I accepted a position as a medical transcriptionist. I succeeded at this until my retirement seven years ago.

My other goals — writer, a good wife and mother, pianist — now became attainable. While not cured, I knew how to manage the disease. It no longer managed me.

Never in my years of ups and downs did I question whether God was there. Of course He was there. Where would He have gone? Did the verses I’d learned as a child suddenly become fiction? From Deuteronomy to Hebrews, He tells us, “I will never leave you nor forsake you.”

On days when my frail emotions disagreed and I felt less than spiritual, God waited patiently, never leaving my side, not for a minute forsaking me.

However, my actions and emotions often lagged behind. I wavered and cried a lot. I thought of a seemingly unassociated verse I’d learned as a teenager: “He must increase, but I must decrease” (John 3:30).

When a middle-aged woman appears to pine away in front of everyone, she must deliberately take her thoughts and words off herself — decreasing so He can increase.

I don’t remember how well I succeeded in this effort, but I know God never left me and that my loss of weight and health never gave Him any less to love.

As I get older, I deal with other endocrine and autoimmune issues. No matter what comes my way, I know that God is still working for my good.

Now 26 years after my Addison’s diagnosis, I don’t just manage my disease; I thrive. I’m confident God won’t forsake me — no matter what color the spots on my skin.

Scripture quotations are from the New King James Version.