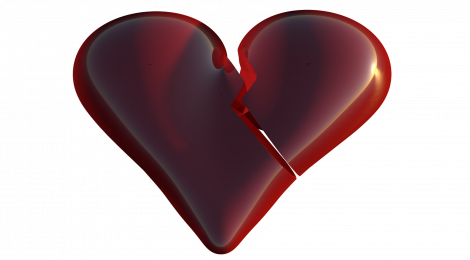 Betrayal and the grace of God.

“Please forgive me,” John, my husband of twenty years, said. “I don’t love Daisy. I love you.”

“I forgive you, but what now?” I believed I meant the words I forgive. I loved my husband and did not want a divorce.

The stupidity of John’s statement caused the bile to swirl through my stomach. “The lack of money didn’t cause our problems. You can’t blame the church on not paying more and that it caused your temptation.”

“I know. It’s not what I meant. But maybe I should have stayed in the millwork. We would have had a great retirement fund by now.”

“You can’t ever run from God,” I answered. “You tried that before. It didn’t work then, and it won’t work now.”

And we did. We left the church families who loved and trusted my husband-pastor, the one who successfully helped build the congregation into an active, thriving community of believers.

We left the other woman behind, moving three hours north. With me working days and John working swing, our middle-grade son never came home to an empty house.

Life looked normal to outsiders. But inside our new home, I stewed like a cauldron of hate and distrust. How could this happen to us? I thought we had a good marriage.

At eleven each evening when John arrived home, I served him a meal. He ate. I said little or nothing.

Many nights we walked the pavement of the private airport next door, the crickets and frogs the only sound in the warm night air. My insides churned with the desire to touch John, to have him tell me everything would be all right, that life would return to normal.

But despite saying I forgave him initially, my feelings inside yelled, Don’t ever touch me again! You told me every day how much you loved me. You made love to me and then left our bed for her.

One night, John grabbed for my hand. I shoved it in my pocket. He put his arm around me and pulled me close. I didn’t realize he had been crying until I felt his wet cheek on my forehead.

“Toots, forgive me,” he begged again.

The words bubbled up from inside — horrible, angry, volatile words. From what ugly depth of sin did they come from?

I jerked from the arm circling my shoulders and beat on John’s chest until sobs racked my body. He pulled me close and let me cry.

My heart said I believed him, but I felt scared. Could I really trust my husband again?

Each Sunday we attended church in our previous location and looked like a loving family to those around us.

I’d masked our problems in the first few years of our married life, too. As the good Christian wife and mother, I took our children to church every week while John escaped into a bottle. I let my friends and church families believe he worked.

No one questioned me, probably because he worked shift work in a mill. I constantly prayed for the man who said God called him into ministry at age seventeen.

But after twelve years, I filed for divorce, prompting John to say, “I’ll do whatever it takes to keep our marriage together.”

He attended counseling. Then together we went to marriage counseling. Once more, we began to pray as a family.

One Sunday John stood in worship service and said, “God called me to ministry. We are selling our home, and I’ll attend Bible college and prepare for church ministry.” And we did.

Did ministry excite me? Yes. I loved being involved in the worship and helping women with their problems. I loved immersing myself in women’s ministry.

Did I ignore my husband? No. Well, I didn’t think he took second place — ever. We visited the sick, new converts, and shut-ins together and often ate lunch together.

But the second year in John’s fulltime pastorate, Daisy, a young single mom and new believer, showed up at church in a beautiful red sweater. The way she hung on John’s arm, I felt certain something wasn’t right.

It didn’t take long to find the evidence. John had bought the sweater.

Did he want me to know? Years before, when he first started drinking, John left signs everywhere for me to see. Did he want me to stop him then? Maybe. He kept the receipt for the sweater, and I knew he didn’t buy it for me.

Two weeks later on our twentieth anniversary, John made love to me, then left the bedroom to watch TV. I heard the western on the set, but I also heard a car leave our driveway.

Shocked, scared, and angry, I drove to Daisy’s house and found John’s car parked a couple blocks away. Once she let me in, I confronted her about my husband and told her never to see him again.

I left Daisy and bawled all the way home.

Death of a dream

After talking to our church’s district leaders, John announced his plans to resign from the church, leave the ministry, and divorce me — despite my prayers for a miracle.

Tears streamed down my face. Was the anger and hurt for our children and me? The agony of seeing Satan destroy another church ministry? Maybe it was the self-incrimination: If only I’d been a better wife and paid more attention. Maybe I should have prayed for my husband more.

One day after weeks of walking the airport asphalt in our new location, with me sobbing and John begging for forgiveness, the doorbell rang.

“Hey, Tom ran into John in town this morning,” a friend said. “John said your cousin is visiting. I thought maybe you could use a salad for dinner.”

Shocked, I opened the door. We didn’t have a cousin in town. Tears slipped down my cheeks.

“Come here, sugar,” my friend said. “Tom said the woman sat too close to John to be a cousin.”

Angry, I confronted John again, but he explained that Daisy needed help buying a car. I didn’t believe him.

Still, I didn’t move out. Many women I counseled decided to divorce their cheating husbands. I married John, believing God put us together. Although I hated the situation, I still loved God’s man.

In January, three months before I became aware of a problem, I claimed Isaiah 40:31 as my Bible verse for the year: “But those who hope in the Lord will renew their strength. They will soar on wings like eagles; they will run and not grow weary, they will walk and not be faint” (NIV).

Every day after work I soaked in God’s Word. I mentally and physically rested. John and I prayed together more than ever before. We also took more time to simply talk about our heartaches, goals, and desires. More than once, I heard John repent.

After five months of restoration, John said he felt called back into ministry and took another church in another state. Faced with a new ministry challenge, he studied Scripture more. His sermons were fresh and powerful. He looked happier and more at peace than he had in years.

But what about me?

My heart didn’t trust my husband. Often I questioned him, “Why Daisy? I don’t get it. Is she prettier than me?”

One night John finally answered, “Daisy listened to me. She asked me to teach her the Bible. You knew everything. You didn’t need me; she did.” Those words insulted me and created a deeper anger.

At night while John slept peacefully, I stewed. Finally, I made an appointment to see a counselor, where I shared my anger and hurt.

For two hours we hashed over my feelings and John’s actions. “Remember this,” the pastor said. “When you forgive, you have a chance to change your life and theirs.”

I knew the Bible said God forgives and forgets. He forgave John the first time he prayed, “Forgive me, Lord.” On the way home I decided to fall in love with my husband once more.

John looked worried when I arrived home. I didn’t tell him where I’d been. I let him pull me into a warm embrace, then told him, “I love you and will until the end of time.”

“That sounds promising.” He kissed me right there in the parking lot, where all those walking by could see.

I did what I promised God I would do. I committed each day to the Lord and worked at forgetting Daisy. Did she ever come to mind again? Of course. I brought her up only in prayer, and God gave me the strength to honestly forgive her and John.

Moving beyond Daisy taught me that God is the true healer of hurts and that genuine forgiveness allows lives to be changed forever.

Before he died, John and I celebrated our fiftieth anniversary. Weeks before his death, he fixed me breakfast.

He reached for my hand across the table and said, “Toots, we have been blessed with a good marriage.”

We had — thanks to God’s grace and restoration in us both.