Jeanette Levellie has published a bi-weekly humor/inspirational column in her local paper since 2001. She has written three books (Two Scoops of Grace with Chuckles on Top, The Heart of Humor, and Shock the Clock: Time Management for Writers and Other Creatives. Her writing has also appeared in such publications as Guideposts, The Upper Room, Chicken Soup for the Soul anthologies, and Woman’s World. In addition, Jeanette is a vocalist, songwriter, and speaker. She lives with her husband in Paris, IL. 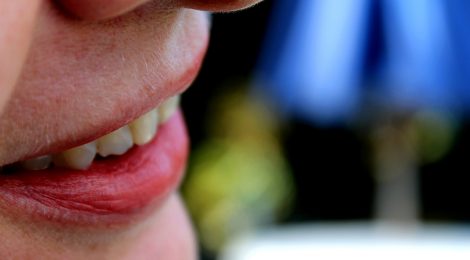 Dee and I had been close friends for several years, but I’d shied away from referring to anyone as my “best” friend — even this perky optimist who had prayed and cheered me through dozens of rough places. I’d been hurt too many times to open my heart and my mouth to that B word again.

As a pastor’s wife, I knew it wasn’t wise to form super close relationships with women of our church. I’d done that a few times in big city congregations and later regretted it when ladies I considered confidants turned into critics.

Living a fishbowl existence is hard enough without the people you serve on the weekend gossiping about you during the week. Although I had many friends, I refused to call any of them “best.”

But when we moved to a rural community seventeen years ago, the church members were so warm and accepting of us city transplants, I gave my heart away again.

Her name was Greta. We were best friends for five years. She shared fashion and health tips with me. I encouraged her after a battle with cancer, even writing a song for her about God’s peace overcoming our storms.

But as Greta gained strength and faith, her boldness to share issues she disliked about the church increased. She even rebuked me for being two minutes late to church, calling it “passive rebellion.”

When I accidentally interrupted her prayer over the cookies and punch at Vacation Bible School, she grabbed my arm and screamed at me in front of several kids and workers. I went home sobbing.

Curled in a fetal position in the corner of my love seat, I vowed that I’d never call another lady my best friend. I felt like David when he lamented, “Even my close friend, someone I trusted, one who shared my bread, has turned against me” (Psalm 41:9).

Ten years later, Dee and I met at a local writers group. When we shared a hotel room together at a conference, we bonded like kindergarteners sharing the same Play-Doh on the first day of school. Our voices were hoarse by the time we returned home, having yakked and laughed till our faces ached.

It was an improbable alliance. Dee had five kids still at home, and both of mine were grown. She was on her second marriage, and I’d been married to the same man for thirty-plus years. But the Lord knit our hearts together. We began meeting once a month for prayer and to help each other improve our writing skills.

When Dee needed help with a stubborn daughter, I gave her my shoulder and my best counsel, based on my own rebellious teen years. When my daughter, Kelli, went through a divorce, Dee befriended her, listening to her problems over the phone for hours at a time. She even gave her money to help with bills.

Still I refused to say that Dee was my best friend. A close friend, yes. One of my dearest friends, OK. Even one of my top three friends. As long as I didn’t put her in that BFF category, I’d be protected from the crush of betrayal. I needed to keep that door of my heart tightly shut.

Then one winter day when murky skies clouded my outlook, Dee sent me the rough draft of an article she wanted to collaborate on. It was an “I thought/she thought” story about how we almost didn’t meet due to schedule craziness.

When I read the words “Although some would call this an unlikely friendship, Jeanette has become my best friend,” I felt a tug on my heart. Perhaps that long tightly shut door was cracking open a wee bit.

When my husband and I planned the eight-hour trip to visit our daughter and her kids, Dee texted me a few days before, telling me she had some supplies for Kelli that she’d gotten on sale. Since I was working, I arranged for my husband to meet Dee and pick up the items — one box or so, I told him. “Just a few items to help Kelli fluff out her skinny budget.”

When I walked in the back door that night, our ten-foot counter groaned under the weight of box after box of toiletries, food, and fun items for Kelli and her family. “There must be $300 worth of stuff here!” my husband said, waving his hand over the pile of love-in-action.

Later that evening I texted Dee to thank her for her generosity. “I got most of it for free with coupons,” she said. “I think God gave me the gift of couponing so I could help others. And besides, I love you.”

My eyes spilled with tears as I realized the door to my heart had opened another few inches, and a warm ray of hope was peeking through. Could God be hinting that it was OK for me to take a risk, that I needed to put the past behind me, and that Dee was worthy of Best Friend status?

I received my answer a week later.

Dee’s father-in-law, Larry, had been critically ill for over a year, having suffered two severe strokes and several minor ones that left him bedfast. Early on a Friday morning, they found Larry unresponsive and rushed him to the hospital. He never returned home.

When I heard the news, I wanted to do something to help Dee and her in-laws. Even though I’d never met Larry, I felt an urgency to reach out to Dee and help ease her family’s grief. After all, she’d been there for me, proving her worth as a friend who loves at all times (Proverbs 17:17).

“Please tell your mother-in-law that I’d like to sing at Larry’s funeral free of charge,” I told Dee. Larry’s widow, Judy, was delighted. I chose two songs and arranged to take the day off work.

After the funeral service, several people told me how much they appreciated my songs. Judy was the most gracious of them all. “It was so sweet of you to offer to sing,” she said through her tears.

“It’s the least I could do,” I answered, hugging her tightly as my heart opened wide. “That’s what best friends are for.”

That day I realized that the wall I’d built around my heart to keep the pain at bay was also keeping out the blessing of a BFF. As long as I kept my distance, trying to protect myself from getting hurt, I missed out on the joys of friendship’s sweetness. It took a special, trustworthy person to open that stubborn door.

Dee’s constant, steady love over the years showed me that when the Holy Spirit said, “Trust in the Lord with your heart and lean not on your own understanding” (Proverbs 3:5), He wasn’t referring only to money problems or seeking His direction for the future. He may have also been thinking of a lonely pastor’s wife who needed to change her mind about opening her heart to a best friend.