Drew Coons and his wife, Kit, speak and write as a team. They are the authors of many periodical articles and five destination-mystery novels, featuring wholesome and biblical themes about relationships. Their six Life-Skills books cover difficult topics, including Dealing with the Unexpected and Why God Allows Suffering. The Coons live in Port Orchard, WA. Visit their website: https://morethanordinarylives.com/. 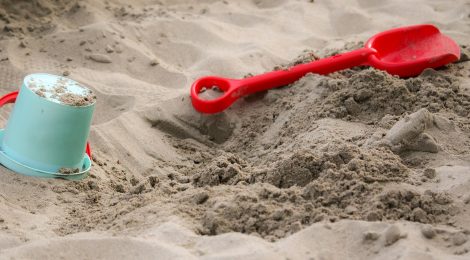 Discovering God’s gifts where we least expect them.

nowwhat / June 1, 2022 / Comments Off on Childless on Father’s Day / Home and Family, Infertility

Father’s Day could be a non-event for me. Both my wife, Kit’s, father and my father are deceased. There’s nobody to honor. Also, Kit and I were never able to have children, so nobody sends me a card or phones on Father’s Day.

And yet, Father’s Day is meaningful.

“I hope someday,” my parents said to me when a boy, “that you have children just like you!”

This mild form of parental revenge gave them a small measure of satisfaction in their frustration at my behavior. Someday, justice would be done. Had I thought about it, I might have agreed, “I hope that my children will be like me.”

Perhaps I would have added, “Except with more opportunities than I have.” Certainly, most people assume that they will have children. But life for some of us didn’t turn out as expected.

My father was killed by a drunk driver when I was ten, leaving me to be raised by a single mother. At that age, a boy’s father is a superhero. Being a father myself someday was a high aspiration of mine, and I expected to be a good one.

I was a volunteer big brother as a teenager, led a church children’s ministry as a college student, and taught junior high Sunday school. But the biggest challenge was running a bus ministry to bring inner city kids to church. Many of them didn’t know any other father. Everybody said that I’d be a great dad.

Both Kit and I had wanted to have a family. Unfortunately, after years of marriage, we were still childless. We consulted medical specialists and found that severe fevers I had while serving as a missionary in West Africa were a factor.

We then tried every method to conceive that medicine could offer. Kit had to endure more difficulties than I did. She’s the one who submitted to uncomfortable and even painful procedures.

How did I respond? Jesus’ Golden Rule says, “Do to others as you would have them do to you.” Typical of many males, the last thing I wanted was someone talking to me about the situation. In my mind, talking would only bring on distress.

“Just don’t think about it!” I told Kit. This was a mistake. Generally, women have a greater need to express their emotions. Eventually, I understood and responded to her need. We were united in difficulty.

Together we resisted temptations, such as obsessing about the future or feeling bitter. And we covenanted to not make the situation worse by blaming or being angry toward each other.

Still, sometimes irritability crept in, leading to unwarranted conflict. Even well-meaning Christians could make the situation more difficult. “You just need faith!” a few admonished. Others promised, “The Holy Spirit has shown me that you’ll have a baby by next year.”

Our hopes would soar, only to be crushed when next year came. In such difficult circumstances, only our mutual encouragement staved off despair.

After seven years of treatments, nothing had been successful. We also pursued adoption, but babies were in high demand. Human Services called with a baby once, but we were overseas at that time, and the baby went to another couple.

Eventually I exceeded Human Services’ age limitation. We had no child to share our home.

Within nearly all of us is the desire to leave part of ourselves behind. We desire somebody like us, only better, to see a future that we will not.

This desire to nurture and teach that “somebody” is a God-given instinct. Fulfilling instincts is a basic human need that, when denied, creates emotional turmoil and can cause doubt in God. We could not understand why God would deny us the wonderful gift of a child.

At a Christian conference, I was searching my heart about our dilemma. I was mindful of 1 Peter 4:10: “Each one should use whatever gift he has received to serve others.”

What was our gift? Then I got a strong impression from God: “Take the gift that I’ve given you.” Could childlessness be a gift? If so, our choice was to accept God’s gift or reject it. According to 1 Corinthians 12, every gift has a purpose in the body of Christ. We decided to accept our childlessness as a gift from God.

Because we felt so strongly about the importance of family, we joined a Christian ministry dedicated to biblical marriage. With the freedom childlessness gave, God enabled us to start over 450 Bible study groups and speak in hundreds of churches.

We led over 100 conferences and seminars all over the US, plus spoke in 39 other countries. To this day, we continue to coach leaders and ministers in many of those countries. Likely thousands of children have been able to grow up with two loving parents through our gift of childlessness.

As we aged, we found that our ministry naturally seemed to focus on adults who would be about the age of children we might have had. The world is full of people eager for someone stable, older, and loving to care about them.

Young husbands frequently confided in me and asked my advice. Many couples looked to Kit and me as role models. Father’s Day holds meaning for me as I think about those men and women we’ve mentored, and I thank God for the opportunity to have played a role in their lives.

In addition to the ministry God gave us, we found plenty of ways to be involved with children. When you have children by birth or adoption, you can focus your love on them. That must be wonderful. But without your own children, you can spread love to many.

All churches welcome adults to minister to children. We’ve had the joy of watching kids we cared about grow up. One church we attended even pulled all the eleven- and twelve-year-olds together for us to give them the “birds and bees” talk. It was rather uncomfortable, but important.

Kit had the idea of having an annual hunt in our large yard. Can you imagine 150 kids with full baskets and their parents in your yard? We did that for ten years.

But the most fun is the fishing pond we had. Kids came to our house and caught a fish big enough to make their dads jealous. We were never parents, but we’ve been grandparents to plenty of children.

I have realized that one reason parenthood is wonderful is that it brings qualities such as unselfishness and self-sacrifice out of most people. Also, raising children unites most couples with a common purpose. God wants those things for you whether you have children or not.

But many couples are caught in limbo, not knowing what to do with their lives without children. We learned that whether a childless couple is still trying to have children or not, they can benefit from finding an alternate God-given purpose together as a couple. God will use this to bring the best out of you and, in some cases, prepare you to be better parents in the future.

Don’t waste childless years. Time is another gift from God.

We frequently meet couples suffering more than necessary with childlessness. Many feel a sense of shame. Some think God must be punishing them.

We led a conference for childless couples in Slovenia. Afterward, radio, newspaper, and TV all showed up to interview us. Our message gave hope to relieve the shame.

In Syria, a childless couple had set up a nursery attempting to prove faith. That room with the bassinet, toys, and decorations served as a constant reminder. To suffering couples I say, “Relax. Your value to God and others does not depend on children.”

In our late sixties now, Kit and I are only human to wonder, What would our lives have been like with children and grandchildren of our own? Childlessness was not the gift we would have chosen.

But God always knows what He is doing when He bestows gifts: “Every good and perfect gift is from above” (James 1:17). On Father’s Day, I can rejoice in the lives our Lord has allowed me to influence. Part of me will be left behind to see a future I will not.