Claire Lynch has worked as a public relations manager in the New York City area for more than 21 years. She has had several articles published in The New York Times and Newsday, and currently has four e-books on Amazon and Kindle. Claire lives in Calabash, NC. 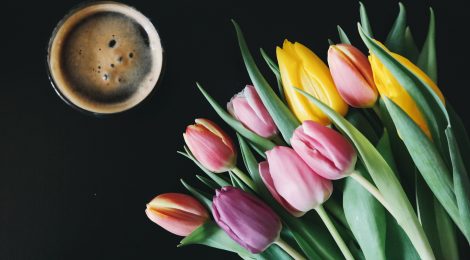 At age 19, I found myself walking into my first meeting of a 12 Step group for recovering alcoholics near the college I attended. I was 48 hours off my last drink and desperately reaching out for help.

My best friend, Laura, had said, “I dare you to not drink for one week. I bet you can’t do it.”

“Sure,” I’d said. “That will be no problem at all!” But I discovered it was. I couldn’t go a week without having one form of alcohol or another. Oh, how I wanted to prove Laura wrong. Realizing how much I wanted and needed alcohol is when the desperation really hit me.

In the recesses of my memory, I remembered Laura saying, “Go to a meeting. If anyone can help you, they can. They’ve been through the same thing. You don’t have to drink anymore. Ask them how they stay sober one day at a time.”

Other friends at school had also questioned my rather unorthodox drinking habits, so I knew it was time to do something about it.

I noticed my hand trembling as I reached for the church door and felt beads of sweat on my forehead, even though it was a cold winter’s evening. Turning the doorknob, I remembered the Bible verse: “Ask, and it will be given to you; seek, and you will find; knock, and it will be opened to you” (Matthew 7:7, NKJV).

So it was that in November 1974, while a sophomore at Fairfield University, I walked into my first 12 Step meeting in Westport, Connecticut.

Even though I was serious about my grades and preparing for my career, the pressure of doing well all the time got to me. No matter how well I did at school, I couldn’t help but compare myself to my older brother, the genius in my family who had graduated from Harvard Law School and become an attorney.

As youngsters, my four siblings and I tended to get lost in the shadow of my brother’s success. No matter what we did, our accomplishments always fell short of our brother’s in the eyes of our father.

Growing up, I had my successes and always rewarded myself for a job well done. When I got an A, I saluted my hard work with a beer. When I was elected president of the National Honor Society, I patted myself on the back and toasted myself.

Graduating in the top 5 percent of my high school class, I was eager to pursue my undergraduate studies. I met my match in college, however, when I looked around my classes and saw that these students were equal to me intellectually. They were sharp. They were all extremely good.

An extra glass of beer at the university’s rathskellar took the edge off at the end of each day, and I quickly discovered that I preferred that blurry, drunken state to reality.

Going through life this way looked more and more desirable to me than making good grades and going out into the real world.

I knew that leaving alcohol alone was getting harder; it had become my best friend. How would I face the world and the rest of my young life without a beer or two?

Though I couldn’t imagine it, I called the 24-hour hotline for the 12 Step program in the Fairfield area. I was told there was a meeting that night in a church on Main Street in Westport.

Gathering up all the courage I could muster, I walked into the 12 Step meeting. I’ll never forget my first impression that night. Several group members gathered around the coffee pot and laughed easily with each other while relating snippets of their day.

Steam rose from coffee cups they held with steady hands. Snow fell lightly outside the church — a beautiful, old white building. I saw people sharing and caring, even if I didn’t understand everything that went on.

When the speakers shared, I could connect with all of the feelings they talked about, although my story was different from theirs. I sat back in my chair and took everything in, awed by the ease with which they spoke.

I understood their hand-to-hand combat with alcohol, their resistance to joining a group, their paralyzing fear of reaching out to someone else and asking for help.

Mostly, I didn’t have to do anything alone anymore.

I had one more drunk after that first meeting. It was January 1, 1975, and that remains my anniversary date. Home on Long Island during the holiday vacation, I couldn’t resist the temptation of knocking back a few and driving around my village.

Somehow I got to my parents’ home and fell into bed. When I woke up at 4 a.m., I walked into the bathroom, sat on the edge of the bathtub, and wondered what had happened. Glancing down at the hands that had caused this mess, I wondered why I had lifted that first drink to my lips.

Crying until I was blue in the face, I wept from the pain and despair that only an alcoholic knows. I cursed the genes that gave me this disease, then asked myself, “Now what are you going to do about it?”

I had tried quitting on my own, and that hadn’t worked. I tried using willpower, and that didn’t work. At that moment, in the stillness of the house, while the rest of my family slept, I felt something stir deep inside me. I felt God’s hand on my shoulder as I cried. Despite my tears, an enormous wave of relief washed over me.

God was with me that bitterly cold morning as night slipped away and daylight took its place. I asked Him to help me to not drink just for that day. I asked Him to stay by my side and guide me no matter how jittery I felt from the withdrawal of alcohol. I asked Him to protect me through my fears, my terror, and my uncertainty.

When I said out loud that I would open up my heart to God, a calm came over me. The unbearable weight lifted, and peace flooded me. I also knew that God would heal me and that I could emerge whole from this fight of my life.

Remembering Jeremiah 33:3 put me at ease: “Call to me and I will answer you and tell you great and unsearchable things you do not know” (NIV).

I felt a renewed sense of trust in God. I believed that if I went back to the 12 Step program and worked to the best of my ability, He would carry me through the tough times.

This time I knew that I would go to any length to stay sober. Once I made up my mind to do something, I did it.

Later that morning, I drove back to Westport. Staying with friends until school resumed, I concentrated on making meetings and getting to know people who were serious about sobriety.

I took things one day at a time, even though I was busy. Although I was a teenaged alcoholic and sat in rooms with people twice my age, I didn’t focus on the age difference but on listening to their wisdom.

Once I finished college at home on Long Island, I got a job in my field and a master’s degree. When I graduated in 1981, my family and I celebrated because I had gotten that degree sober — through hard work and with the help of people in the 12 Step program.

As time has passed, I have celebrated many sober anniversaries. It’s been a long time since January 1, 1975, and yet in many ways, it seems like yesterday.

I know that I don’t have to compare myself to anyone else, but that took a long time to accept. I drank from age 13 to 19. When I reached out for help, I found that people were willing to share their stories of recovery.

Over the years, several women sponsored me, and I’ve had the chance to sponsor other women. I have also answered the telephone hotline and been there for alcoholics who have reached out for help for the first time. They have been glad to speak with another alcoholic who has walked the same path.

Today when I see TV commercials make a bottle of beer look so appealing, I stop and think really hard. Being sober has opened up new worlds for me, and no matter how tempting a beer can appear, I don’t want to drink again.

I think back to that early morning when I turned to God, asked Him for help, and believed in His providence. Essentially, He said, “You don’t have to drink anymore.” And by His grace, I haven’t.