Joanna McGee Bradford is an author, speaker, and risk manager. She has published personal experience stories and an inspirational romance novel. Joanna lives in a Chicago suburb. Visit her website at https://www.joannabradford.com/. 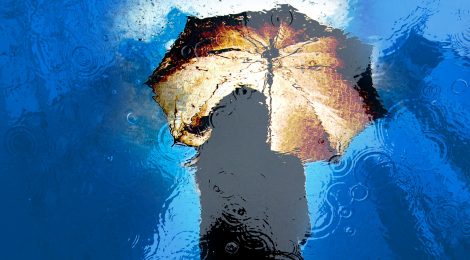 “You argued with the interviewer?” I glared at my husband. Has he forgotten he has been unemployed for six months? Does he think I can support the family indefinitely?

My stomach clenched — again. I had struggled with stomach problems for years, but the pain had worsened with my new job at a Fortune 500 company. Expenses and stress were high. Though I appreciated that Steve* left his job of twenty years for the sake of my career, one income made our financial pressures skyrocket, along with the frequency and intensity of my stomach pains.

I thought Steve’s interviewing skills were rusty, so I offered tips for his interview with a medical supply company. Initially, he welcomed my advice. After a while, he bristled.

Steve’s voice rose. “The guy was wrong! His measurements caused too much deviation.” His attention to detail, which irritated me, suited his work in quality assurance.

Afraid that Steve had blown the interview, I could feel my gut spasm. But it wasn’t just my reaction to him. Certain foods, a snug waistband, and especially stress made my stomach somersault. What’s wrong with me?

I climbed into bed, curled into a ball, and placed a heating pad on my abdomen. When the telephone rang, I ignored it. Minutes later, Steve entered the room, a big grin on his face. “I got the job!”

How had he managed without my help? I offered weak “Congratulations,” but stomach cramps prevented me from celebrating with him and our son.

Shortly after Steve began his new job, he brought some of his work home: ostomy products. “Do you want to see the samples I inspect?” He removed a pouch from a box.

I held up my hand and shook my head. “No, that’s OK.” I could not imagine wearing a pouch to hold the body’s waste. A colostomy exposed the body’s most intimate functions. I did not want to know anything about it.

Meanwhile, I had been promoted at work. My staff grew from two people to twenty-two, and my stomach problems flared. Since prescriptions had not worked, I resorted to my remedies: lots of water, no fatty foods, and nutritional drinks.

The delicate balance of controlling my health, family schedule, and job worked — until breast cancer struck my sister.

She was my youngest sibling, not even forty years old. My stomach churned as I pushed myself, flying back and forth to support her during surgery and chemotherapy. After eight months, when it seemed her crisis ended, my oldest brother, Jimmie, suffered liver failure stemming from a drinking problem and was rushed to the hospital.

When the doctors told us there was no hope for Jimmie’s survival, I allowed them to remove the life support. After his death, I carried guilt for stopping the life support, as well as anger at Jimmie for continuing to drink and at God for not healing him. My stomach remained in knots.

Jimmie’s death thrust my mother deeper into dementia. After three weeks of my rehashing our loss, she seemed to understand. I returned to work, but stomach pains nagged me.

Ten months later, Mama fell and broke her hip during a medical evaluation at the hospital. When will I awaken from this nightmare? I wondered. Though exhausted, I flew home almost every weekend, watching over her treatment. Adding to my suffering, Mama died — only a month after her fall.

I was emotionally drained, spiritually battered, and in unrelenting physical agony. The hold I thought I had on my life, and everything and everyone in it, was slipping. Only my stomach pains held their grip.

Two months after my mother’s death, I fled the office, doubled over. A hot poker seemed to stab me in the gut. I stopped eating, yet my stomach ballooned and my legs grew wobbly. I couldn’t even keep broth down. Exhausted from pain and weak from lack of food, I asked Steve to drive me to a hospital.

Following a CAT scan, a surgeon approached, his mouth set in a grim line. “Your intestines have twisted.”

My stomach really is in knots, I thought to myself.

He continued. “Your gut could flip by simply walking down the street. Your intestines could burst and bacteria spew throughout your body. You could die.” He hesitated. “I recommend an emergency colostomy.”

My heart faltered. A colostomy? My family dies after emergency hospitalizations!

“After six weeks, your colon can be reattached. Until then, you’ll have to wear a pouch. . . .”

An attendant pushed me to the chapel in a wheelchair. There I opened my Bible and prayed, “God, I’m afraid. I don’t get what You’re doing, but I need You.”

Outside the operating room, I wrote a letter to my son: “I’m planning on coming back. But no matter what happens, He’s a good God, and you can trust Him.” I handed the letter to Steve before being wheeled into surgery.

When I awoke, a pouch dangled from my abdomen. The surgeon explained that the normal colon is approximately five feet long. They had had removed an extra five feet of intestines from me! One end of pink exposed flesh — a stoma — poked through my abdomen, covered by the pouch. As he droned on about the wonders of the organ, all I heard was, “You won’t be able to control when your bowel empties.”

Steve’s gaze remained riveted on the pouch. I pointed to my navel, trying to divert attention away from my shame. “My belly button is off.” It had been shoved over because of the surgery.

“I hadn’t noticed,” Steve said, his forehead furrowed. “That’s our competitor’s product.” I did not know whether to be grateful he did not focus on my incision or irritated that he noticed only the bag.

After I left the hospital, Steve handed me a box. “Pick any you like.” Inside I found ostomy pouches. “These are samples,” he said. “My company is providing whatever you need.”

A chill coursed through me as I examined the dates. The pouches were manufactured shortly after Steve was hired. He had inspected them, and they set the standards. God had positioned Steve to ensure I had the best.

During my recuperation, I read my journal. Two days before my mother died, I wrote, “I have orchestrated enough things in my life. God, this is too big for me. I can’t handle it. But I know you can.”

I had written that God could be trusted, yet I wanted control. I had tried to direct Steve in getting a job. I had tried to control my family’s decision-making and medical treatment. In seeking my way, I also hurt people. I now thought less about my bodily functions and more about how God had exposed my pride. Even the pride of landing a big job masked the reality that I was miserable.

My colostomy and pouch were not shameful; my attitude had been exposed. I asked God’s forgiveness and thanked Him for healing me from sins and from a debilitating physical condition.

Fortunately, my surgical procedure was reversed, and a couple of years later, I resigned from my stressful job. Still, I have reminders. A headstone marks the burial plot of my brother. My surviving brother died of natural causes, six weeks after my second surgery.

A jagged eight-inch scar runs up my abdomen. And a few inches from my off-center navel is a deep horizontal depression.

When I look at it, I think of God’s finger, poking me, reminding me of His Word that says we are wonderfully made (Psalm 139:14). He designs us according to His plan.

Now I trust God even when things do not go as I think they should. It took exposing my most intimate parts, physically and spiritually, to realize God has everything under control.

*Name has been changed.