Desiree Woodland wrote I Still Believe after her son's suicide. She is on the board of Survivors of Suicide in Albuquerque, NM, and facilitates a mothers' survivor group. She is also part of the outreach program for newly bereaved survivors of suicide loss called Healing Conversations. Desiree’s writing has been published in Grief Digest and local publications. She and her husband, Gary, live in Albuquerque, NM. 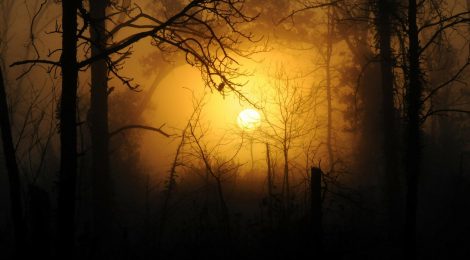 nowwhat / December 1, 2021 / Comments Off on Finding Faith After Suicide / Death and Grief

Any faith that can die, should die, because it is not faith, but platitude, soporific or wishful thinking. Real faith cannot be shaken because it is the result of having been shaken.

Suicide: an ugly word that overshadowed the faith I had believed was strong enough to hold me through any trial. But suicide was something I could never have imagined. For a long time, it eclipsed the joy of having known and loved my child, and even the joy of being a mother.

Our first child, Michelle, was born in 1978. “Please, let’s don’t have any more children,” I whispered to my husband, Gary, even though the labor had been short. Despite the pain of childbirth, I felt the love of God in a way no amount of preaching had ever revealed to my heart.

Thankfully, the passage of time changed things, and eventually I forgot the pain and was ready to add to our family again. Gary and I trusted God for one more child, asking this time for a boy, Lord willing. Like Hannah of old, I recited, “For this child I prayed . . . as long as he lives, he is given to the Lord” (1 Samuel 1:27, 28, NRSV).

Gary and Michelle were there to bear witness to the birth. “It’s a boy! It’s a boy!” A chorus of excited voices proclaimed Ryan Marshal Woodland’s entrance into the world.

I pushed for the last time, and out from the warm darkness, a baby boy emerged into his dad’s waiting arms. Ryan took his first breath and looked surprised, as if to say, “I wonder why I’m here?” No crying — just a mild, mellow, and wonderfully made baby boy whose curly hair tinged with red was just like his father’s.

I was struck by his mild nature even then. Looking into his hazel eyes, I was instantly transported. I knew at that moment I would do everything in my power to keep him safe. I caressed him and pressed my lips to his wet and swollen head. At nine and a half pounds, he had undergone hard work to enter the world!

Although I sensed that Ryan completed our family, lurking underneath the joy was a strange ache and sense of impending loss. Never again would I experience the miracle of giving birth, and one day I would release my children to their own lives.

I wondered at the incongruity of these thoughts on the day of my son’s birth. It seemed I was prematurely mourning the day when my children would be in their own skins as separate individuals, and my task of mothering would come to an end.

Looking back, I am struck with the notion that the strange ache foreshadowed another kind of grief that I would mourn.

Now with Ryan, we became a foursome. Our bikes were outfitted with baby and toddler seats, respectively. On Saturday mornings, Gary and I peddled to the local restaurant for breakfast. These breakfasts allowed us time to notice and appreciate one another and time to talk about hopes and dreams for the future.

And the dreams for our futures were always bright.

As Ryan grew, there was promise for a life well lived: working toward an engineering degree, playing the music he loved so well, and perhaps marriage. But all was cruelly stolen when mental illness came into his life.

When Ryan died by suicide at age 24 in 2006, my heart was too wounded and broken to remember anything good about living. Although I had a sense of being held by something or Someone, I was unanchored in an ocean that threatened to shipwreck my faith.

I knew I would never be the same. I had been a self-centered Christian whose prayers were more of a proclamation and presumption that I knew God’s will. I had been a believer since my youth and experienced the Jesus Movement of the sixties, as well as the prosperity gospel movement of the seventies. However, I could never reconcile the suffering in the world with the good life I was living.

When Ryan died, my entire paradigm shattered into jagged pieces beside my aching heart. I was in utter darkness without hope. How could suicide happen in a Christian family? Where was God, my deliverer? If He was there, why had He abandoned us? I had nowhere to rest until I found God once again.

I felt adrift in this same reality. This was the darkest place I had ever been. The “dark night of the soul,” said St. John of the Cross.

Desperate for any ray of hope, I read of Lewis’ conversion to Christianity. He tells how he came to a revelation that there was a God, from a simple deduction that just thinking about God was a reasonable proof that God existed. Where had this thought come from, if not from outside himself?

Coming to faith in God, and specifically the Christian faith, was the most reasonable choice for Lewis. If this man who had not believed in God did this, surely I could reach out to find faith once again.

Whether or not I ever find answers this side of heaven as to why Ryan took his life, I find I cannot live without God in mine. I must reach out in the darkness to grasp hold of Someone bigger than myself and trust He is there.

Trust is the firm belief in the reliability, ability, or strength of someone. That Someone was with Ryan when he died and is with me now as I continue my life’s journey without my son. I still believe.