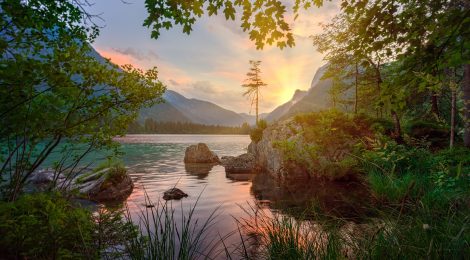 The God of compassion reaches out to us in our darkest time.

I was seventeen when I faced the most difficult decision of my life. At the time, I justified it as my only option.

Curled up on my bed, in what had once been my safe haven, I squeezed my eyes tight, holding back a flood of tears. I gasped for air and shuddered at the thought of telling my parents.

The scene played out in my mind over and over. Shaking and trembling, unable to look either of them in the eye, I would force the words “Mom, Dad, I was raped and I’m pregnant.” Dad’s cheerful grin would disappear. Mom would give me the silent stare that said it was all my fault.

With each passing day, I wasn’t getting any less pregnant. I had to do something. But what? I had my whole life ahead of me. I had college plans and a career, which didn’t mesh with becoming a teenage mom. College was going to be my escape from my crummy hometown.

Getting pregnant was a bit like the run on the Bailey Savings and Loan that kept poor George Bailey from getting out of Bedford Falls in It’s a Wonderful Life. Only I didn’t stay and save the town from Potter. I took the money and ran.

I buried the regret and shame for decades, staunchly standing by my actions as justified by the circumstances. I even attended a National Abortion Rights Action League (NARAL) rally in Portland with my sister. To be pro-choice was my only option.

How could I deny to another the right I had availed myself of to solve what seemed an otherwise unsolvable problem? Besides, they told me it wasn’t even a baby yet, just a clump of tissue. My sister called it bad energy.

I met the love of my life and got married when I was 22. I didn’t tell him what I had done. I thought it a secret worth burying.

At age 31, we had our first child. Benton was the light of my life. He was a bright shining star in the midst of a life shrouded in depression and despair — for a little while, anyway. Until depression returned and I muddled through my days as a self-employed contract attorney with very few contracts.

God eventually showed me the way out of my deepest pit. When Benton was three, I started a full-time job as the editor of a legal newsletter.

As my son grew, as I watched him play and draw and smile and laugh, his cute dimple seldom hidden, light and joy returned to my life.

Then I became pregnant again. We were delighted and told Benton he was going to have a baby brother or sister in just over seven months. We even decided to name her Alicia Ray.

I dreamed of buying her cute, frilly dresses and shiny, black Mary Janes. I would love her the way I had always wanted my mother to love me. Life felt good, and I cherished my blessings.

Then I awoke one morning with excessive spotting. I felt sick to my stomach, different from the morning sickness I had with Benton. Still, I was confident this was a tiny hiccup in this charmed dream come true.

I went to see a nurse practitioner at my doctor’s office just so I could rest easy for the duration of my pregnancy. She ordered an ultrasound, which I’d never had with Benton until my ninth month.

At the imaging clinic, the technician squirted the cold ultrasound gel on my belly and moved the probe around, looking for anything amiss. But what could she possibly find?

I stared dumbfounded at the screen. I was only eight weeks along. A baby didn’t have a heartbeat at such an early stage of development, did it? I suppose I should have known, but it had been easier to overlook this obvious truth. Being pro-choice requires one to ignore such inconvenient facts. And once you’ve had an abortion, it’s difficult to be anything but pro-choice.

Still, knowledge of that tiny heartbeat reassured me. Back at my doctor’s office, the nurse practitioner told me what the ultrasound revealed about this baby I’d chosen to love.

“You have a placenta previa, meaning the baby’s life-sustaining umbilical cord is tearing away from the uterine wall.”

I heard the words, but they didn’t register.

“Go home and rest,” she told me. “Perhaps the tear will repair itself. Time will tell.” I clung to the belief that her words promised everything was fine.

The next day, I awoke feeling worse. I called in sick to work, then went back to bed. I got up about four o’clock in the afternoon to go to the bathroom. Groggy with sleep in my eyes, I stumbled into the lavatory and sat down.

Thoughts of work appeared in snapshots as I imagined the newsletter with a few gaping holes in a couple of pages, incomplete content within articles, and stories still needing to be written. But my baby was my primary concern. This was the most important thing on my docket. She was my joy.

I urinated into the bowl and reached for the toilet paper. Suddenly, an enormous splash damped my legs, and I felt my stomach lurch. Before I realized what had happened, my tiny infant, heart no longer beating, had fallen into the toilet.

Blood swirled in the water as I desperately wanted to scoop her out and save her. But the time for saving her had passed.

Oxygen had coursed through her veins the day before. Now she was gone, floating, soaked in yellow and red. Her tiny body was there, but her life was no longer within my reach.

I didn’t know what to do. My five-year-old son couldn’t see this bloody mess. I couldn’t leave her there, adrift, bobbing in the contained current.

My reflexes took over . . . I did the unthinkable.

I just flushed. And suddenly my daughter disappeared down the drain.

Bleeding heavily, I called my husband, and he came home to rush me to the emergency room. Because the hemorrhage wouldn’t stop, they admitted me to the hospital and wheeled me to the operating room for a D&C.

When I suffered this miscarriage at age 36, hidden guilt resurfaced. Was I to blame for my teenage abortion? I had read that an abortion can cause infertility and miscarriages. I experienced both.

My dreams of a big family were gone, and it was all my fault.

In the early morning hours, lying in a sterile hospital bed, I couldn’t escape the chill in the room or in my heart. I brooded over the thought that God had intentionally taken my baby from me.

My soul demanded a reason for my suffering this unimaginable loss. What had I done wrong to deserve this? I told myself God had punished me for all the wrong I’d done, especially what I now saw as the worst of sins.

Though I knew I was loved, I didn’t fully understand who God is. I didn’t know His true character or understand that the condemnation I felt didn’t come from Him. That night, alone with God in my hospital room, I began to grasp the mystery of grace.

Peace mingled with grief as I chose to praise Him instead of rail against Him. The truth of the apostle Paul’s words sank in: “There is therefore now no condemnation to those who are in Christ Jesus, who do not walk according to the flesh, but according to the Spirit. For the law of the Spirit of life in Christ Jesus has made me free from the law of sin and death” (Romans 8:1, 2, NKJV).

I don’t know for sure whether my miscarriage was a natural consequence of my abortion. I do know that God has forgiven my worst sin and I stand not condemned.