Diana L. Walters has been published in Upper Room, Purpose, Christian Living, and other publications. She works part-time in an assisted living facility and is the co-founder of a non-profit, the Center for Bold Action. Diana and her husband, Rich, develop materials that help people with dementia remember their faith (www.centerforboldaction.org). She lives in Chattanooga, TN. 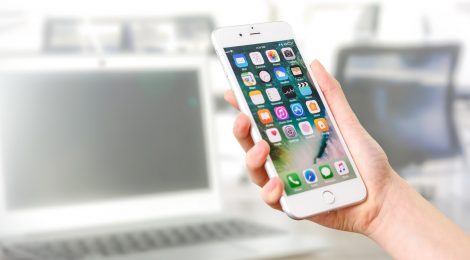 Understanding what friendship is all about.

nowwhat / December 1, 2020 / Comments Off on Listening to Silence / Christian Faith

Kathy and I were more than co-workers; we were the best of friends and could talk about anything. She was the funniest individual I’d ever known, and I loved being around her, even though she sometimes said things that were inappropriate.

Kathy was an activity assistant at the long-term care facility where I was admissions coordinator. The residents loved her zany sense of humor.

Unfortunately, Kathy’s disease progressed to the point where she could no longer drive. For a while I picked her up, but soon her tremors made it impossible for her to continue working.

After Kathy moved with her family to another state, I continued to phone her several times a week during my twenty-minute drive to work. We had been each other’s sounding board for many years, sharing about our husbands and children — but mostly about our jobs.

I continued to tell Kathy about co-workers and managers, interesting tidbits about the ones we liked, and incidents involving ones we disliked. And I grumbled to her about the workload. “I’m putting in at least ten hours a day.”

One day Kathy didn’t answer when I called. I wasn’t concerned. She was a bit scatter-brained and often forgot her phone when she went somewhere. One time I couldn’t reach her for an entire week. She called me when she returned from an out-of-state trip and said nonchalantly, “Oh, I didn’t think about my phone.”

When I couldn’t get a hold of Kathy for three weeks, then a month, I became worried. One day when I tried to call, I discovered her phone was disconnected.

I felt bewildered and hurt. Had I somehow offended her? Or had something happened to her? Had her Parkinson’s advanced to the point where she couldn’t handle the phone?

More time went by without answers. I felt the loss daily and often became tearful thinking of all we’d shared and what I’d lost. On my morning commute, I longed to call Kathy about happenings at work. When a dictatorial manager whom we disliked got fired, I thought, I can’t wait to tell Kathy. But I couldn’t.

I prayed for God to take away my grief. Though it gradually lessened, there continued to be an empty place in my heart where Kathy had been. Occasionally the thought nagged at me that I’d somehow let her down.

I talked with Sue, an older woman who had given me wise spiritual advice in the past. She suggested I was supposed to learn something from this experience.

I didn’t know what it was, so I prayed, “Lord, teach me what I’m supposed to learn.”

I remembered Kathy had another friend across town, so one day I stopped to ask if she’d had contact with her. She said she’d talked to her on the phone recently, and she seemed OK.

My hurt turned to anger. I didn’t understand how Kathy could so easily drop a five-year friendship. I sent a terse letter demanding an explanation, but didn’t hear anything back.

After that, my prayers changed. I asked God to help me to forget about Kathy, to remove her from my thoughts.

The memory of our friendship receded. But sometimes I saw someone with red hair who reminded me of Kathy, or remembered a time we’d laughed uproariously over some little thing, and I felt a twinge of sadness again.

Note from a friend

Finally, after more than a year, I received a note from Kathy:

My anger evaporated, and I began praying for my friend — something I should have been doing all along. I thought I’d been praying for her those many months, but I hadn’t. My prayers had actually been for me. First I’d asked to be relieved of my grief, and when I became angry with her for deserting me, I’d prayed I could erase her from my thoughts.

Thinking back, I realized that Kathy had grown quieter during our conversations and had quit joking — sure signs something was wrong. I had monopolized the conversations, talking about work, but she had nothing to contribute now that she wasn’t working.

While I’d yakked about bad bosses, she was contending with physical and emotional burdens she couldn’t discuss. The fact was, I didn’t give her the opportunity to discuss them. If I had, maybe she would have shared what she was going through.

I sent Kathy a message that I loved her and was praying for her. I reminded her that God listens and understands when no one else does.

Kathy underwent brain surgery for an implant, and it relieved her tremors. But the more important healing came when she accepted God’s friendship and comfort. She came to realize it was available to her when her body let her down and when people let her down.

Philippians 2:3 says, “Do nothing out of selfish ambition or vain conceit. Rather, in humility value others above yourselves” (NIV). I certainly hadn’t put Kathy’s needs ahead of my own. I had failed to understand her silence.

I’d been self-centered in my relationship with my friend. Admitting this and trying to look to others’ needs instead of my own has helped me become a better friend — and a better person. I talk less and listen more, and I realize a person’s silence can communicate as much as words.

Scripture tells us discipline is painful, but it also produces righteousness and peace (Hebrews 12:11.) Realizing my selfishness was indeed uncomfortable, but the Lord loves me enough to patiently teach what I need to learn. I just have to listen.

Let Go and Be Free, by retired Christian psychologist Rich Walters, about forgiveness. Learn more about it at www.centerforboldaction.org.