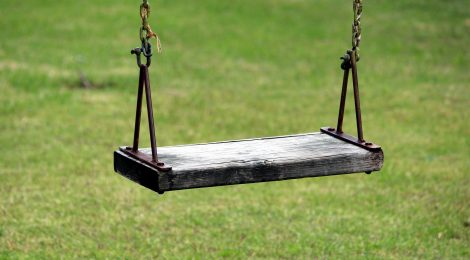 Screams woke my brother, David, and me on a cold November night in our senior year of high school. Our drunken stepfather, Don, was once again beating our mother.

“This has to stop,” I said to my brother.

In my day, the police were never an option. In fact, we had been taught that they were the enemy. So the two of us went downstairs, wrestled Don to the floor, and hog-tied him.

We loaded Mom and some bags into my brother’s old Chevy and frantically headed north from California to Seattle, where Mom’s family lived. I untied Don before we left, against my brother’s wishes. Despite his terrible behavior, I loved him and could not leave him tied up.

Don said he would kill Mom if she left him, so for the first two hundred miles, we looked behind us. Thankfully, he was too drunk to follow.

That was the turning point of my life.

My birth father, John, had a law degree from George Washington University, where he was a classmate of Hubert Humphrey’s, a lifelong friend. My father had been a major in the Asian theater during World War II, a judge advocate general (JAG) with the Army, a defense attorney, and a lawyer with the Federal Communications Commission. He ran with the big boys.

After six generally happy years living in Washington, DC, my father accepted the position of district attorney for Guam. I had no idea my parents weren’t getting along, but after six months on Guam, my brother, mother, and I were on a Navy ship back to the US mainland.

When I asked why Dad was not coming, I was told my parents were getting a divorce. What did a six-year-old know about divorce, other than no more Dad?

We stayed with Mom’s wealthy great-uncle. My brother and I fought all the time. Traumatized by the move, my mother put us in a boarding school. One of my worst memories was seeing her walk out of two big glass doors, leaving us alone.

Dad was gone; now Mom was gone. I bawled.

After ten months, Mom picked us up and took us to a new life. She’d married Don, a big, outgoing man and one of ten children in a troubled family. He was a lineman in Las Vegas and moved his family into a trailer park there. Although he often had good-paying jobs, we lived one step from poverty all the time.

We moved from town to town so that I ended up attending six elementary schools and three high schools. Often, I was yanked out part way through a school year. I never knew how to make friends, and I was always a discipline problem, getting into fights.

It didn’t take long to find out that Don was a strict disciplinarian and a violent man when drunk, which was often.

He beat us all the time, with a belt or a stick or whatever he could find. Once he chased me on a horse and ran me down. He beat me and hog-tied me when I accidentally told the police where we were. Don was a fighter and encouraged fighting among the cousins, but he beat me when I got in trouble at school for fighting. Stealing was an accepted way of life.

Don played around with women, often bringing them to the house, but he watched my mother jealously. When I was ten, my stepfather began sexually abusing me.

I was mad at Mom for not doing anything. I was mad at my real dad because he had all the money and status and didn’t help us. I felt my whole life that if I had money, I would be OK.

I had not seen or heard from my birth dad in over twelve years. After we fled from Don and arrived in Seattle, Dad called and said David and I could come to Guam to finish our senior year of high school.

When we got to Guam, Dad picked us up, and we met some of the highest officials. It was a different world, with the movers and shakers. Dad bought us a newer car, and I found myself at the top of the social ladder rather than at the bottom.

I thought everything I needed to be happy was now part of my world, yet I was still sent to the vice principal’s office for fighting. Having money and status didn’t change me inside.

I graduated from high school and began college, still living with my father. Late one Friday night at a beach party, after I had gone home, my brother and his friend got into a fight with a couple of sailors and beat them up pretty bad — a broken jaw and arm. They were arrested and sentenced to five years in prison for aggravated assault.

A prison rescue team from a local church visited David and came to our home weekly, always on the same night. We didn’t like the visits, so we went out to dinner the night they came. Then they started coming on a different night.

A few weeks before Easter, the team members said, “You do not seem to like us coming to visit.” When we said we didn’t, they said that my brother would be able to attend their Easter sunrise service, and if we wanted to see him, we could come. Then they would never visit us again unless we asked them to.

This seemed like a win-win choice. Unfortunately, David had gotten into a fight with a guard the night before and was in lockdown, so he wasn’t at the service. As we sat there listening to the music and preaching, I came away thinking their game plan for life seemed a lot better than mine.

So for the next five to six weeks, Dad and I attended church. I was going to see if I could get good enough to live by their game plan. I thought being a Christian was living by the Bible’s standard rather than my own.

June 6, 1966, I attended a youth gathering where they shared how the Holy Spirit helped them in their different struggles to make the right choices. While they spoke, God opened my eyes to the truth: I could not be good enough to be a true Christian; that was God’s work.

My part was to accept Christ’s death on the cross for my sins and His resurrection from the dead. I learned that Christianity isn’t a game plan; it is a relationship. Once I accepted what Christ did in paying for my sins, God forgave me and came into my life to walk with me for all eternity.

I realized that I had been saved by grace, through faith, and that it had nothing to do with me; it was a gift of God “lest anyone should boast” (Ephesians 2:8, 9).

The anger and resentment disappeared. I never got in a fight again (aside from being on the college boxing team). Other things took longer to change, like the desire to steal.

I moved to Chico State University in California and earned a bachelor of science degree in political science. I began work on a master’s degree in public administration, hoping to become a city manager.

As I worked with InterVarsity Christian Fellowship and the Fellowship of Christian Athletes, more and more people told me I should go into the ministry. But that would mean going to seminary. I’d flunked Spanish in high school; how would I manage the languages, especially Greek and Hebrew?

I sensed God saying, “If I’m calling you, I will be faithful.” After leaving Chico State, I enrolled in Western Baptist Seminary and have never looked back.

For the past fifty-five years, God has walked with me and changed me from the inside out. He has brought a joy and happiness into my life I never thought I could experience.

I met my wife, Linda, while in seminary, and we now have four daughters and two grandchildren. By the grace of God, I was freed from repeating the abusive habits of my stepfather.

God has walked with me through forty-five years of ministry as a youth leader and pastor. As I’ve ministered to and counseled with people, I’ve often heard excuses for not living a faithful Christian life: “I had a terrible childhood. . . . People abused me. . . . My background has made me this way. . . .  I don’t know any other way to be; it’s just the way I am.”

I tell them that when I came to Christ, I was an angry young man, bearing the scars of my abusive childhood, and that we are all in process. There are no excuses, because God is faithful even if we stumble. The apostle Paul encourages us with these words: “If we are faithless, He remains faithful; He cannot deny Himself (2 Timothy 2:13).

God still isn’t done with me. I believe His Word that He will complete the new work He began in me until Jesus returns (Philippians 1:6).