Kathy Pierson has been published in Power for Living and lives in Hendersonville, NC. 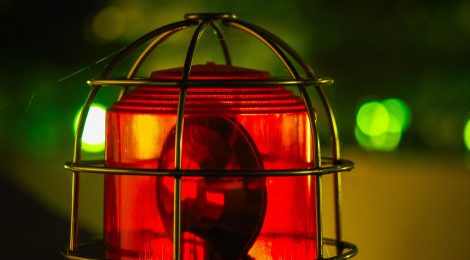 Prayers of a First Responder

“904 on the way,” I said, turning on the ambulance lights and siren. We just left a nearby hospital and were minutes away from the address.

As I pulled into the parking area, people poured out from the high-rise building. I picked up the mic and said, “On scene.”

“Stay in your vehicle until the police tell you otherwise,” Danny said. Our head dispatcher’s voice sounded strained.

I placed our unit in park as a police officer approached my window. “We have six confirmed down. Stay put until further orders.”

This was my third year as an emergency medical technician. The job had been a good fit, even though I hadn’t taken the classes until my late thirties.

My partner, Josh, was fresh out of EMT school and, on our first shift together, couldn’t wait to drive fast with siren blaring. He turned to me. “Have you ever been to a shooting before?”

“Yes, although never a mass shooting. This is what we’ve been trained for, Josh. We’ll be fine.” For his sake, I tried to sound more confident than I felt.

We watched officers and fire personnel scurry as the police chief barked orders. I reached for my phone to call my husband. When he answered, I explained the situation to him.

“I just turned on the TV,” he said. “It’s breaking news on all the local stations.”

“Would you call pastor and ask him to get some people praying?” I asked. “I have no idea what we’ll be dealing with.”

“Will do. Please be careful. I love you.”

I was thankful I’d started my morning the same way I began every workday: spending time in God’s Word and asking Him for protection and wisdom with each patient I would meet.

Now the reassuring words from Joshua 1:9 flashed through my mind: “Be strong and of good courage; do not be afraid, nor be dismayed, for the Lord your God is with you wherever you go” (NKJV).

After another officer told us to get our equipment ready, Josh pulled out the stretcher and I loaded it with our medical box and oxygen tank. We stood by our vehicle until they waved us forward. An eerie feeling came over me when they lifted the yellow crime scene tape and said, “You’re in.”

We scaled the stairs and rolled through the double doors. As we approached the elevator, officers ran by cocking their rifles. I shivered as the sound echoed repeatedly off the walls of the twenty-story foyer. Lord, I am trusting You to keep us safe.

When the doors opened at the twelfth floor, an officer warned, “The shooter hasn’t been caught. Keep your eyes and ears open.”

Our company continually pounded into our heads to wait for the scene to be safe before entering. Wide-eyed, I turned to another co-worker, Scott, and asked, “Then what are we doing here?”

“They found a man with what appears to be a self-inflicted gunshot wound to the head,” he answered. “They think he’s the shooter, but they need to check the other rooms to be sure. The psychiatrist’s office, where the shooting occurred, is over there.” He cocked his head toward a bank of clear glass to our right.

I glanced over his shoulder. There lay a suit-clad man with his head in a pool of blood. This was the real deal. Lord, have mercy on us all. Please be with that man’s family.

An officer walked up. “Someone shot the psychiatrist and then emptied his gun several times into a room of people in group therapy. The space is tight, so we’re sending in one crew at a time. Be careful not to kick the shell casings.”

When Scott came out with his patient, we were waved in. As I gingerly approached where the deceased doctor lay, the tip of my shoe hit something. I cringed as a casing spun on the marble floor.

We came to an abrupt halt at the doorway to the room and stared in horror. Chairs and end tables were overturned. Bullet holes riddled the walls. Shards of glass from the square block exterior windows were everywhere. Four people lay scattered on the floor.

A paramedic from the fire department said, “The two to your left appear to only have cuts. The man in the righthand corner was shot. We’ll transport him next.”

We moved toward the man who had been wounded by the gunfire. To get to him, we had to step over a deceased woman. Even though I had assisted with many heart attack victims, this was different. No amount of chest compressions would bring this woman or the psychiatrist back to life.

We stood next to a middle-aged man. “Sir, we’re here to take you to the hospital,” I assured him. “You’re in good hands now.”

He nodded, his complexion pale against his dark hair. His hands shook as we carefully lifted him. He moaned softly as we lowered him onto the stretcher. Blood stained the upper portion of his tan suit pants.

My heart went out to him. Reporters would soon broadcast that he had spent his lunch break in therapy. Oh Lord, heal these people physically and emotionally.

The medic accompanied us out of the building and down the long flight of stairs.

“Our rig is over here,” I said, steering right.

Once we loaded our patient and Josh and the paramedic were on board, I shut the back doors. Climbing behind the wheel, I notified dispatch we were en route to the hospital.

On high alert, the ER staff ushered us into a trauma room. While the medic gave his report, Josh and I transferred our patient from the gurney to the hospital bed. I replaced the sheets and pillowcase on our stretcher and rolled it into the hall.

I found my partner in the room where emergency personnel finished paperwork. “How are you doing, Josh?”

He stared at the clipboard in front of him and didn’t respond. This was a tough call for a newbie. I placed my hand on his shoulder. “It’s OK. I’ll finish up here. Go get some fresh air.”

Dear God, be with Josh. Settle my mind and help me to get both of our jobs done.

In previous years, I had been part of two mass disaster drills. They trained me well to know what I needed to do. Each police officer, paramedic, and EMT did exactly what was required of us. And we were there for one another as we dealt with the emotional ramifications later.

Although I never saw Josh again after that day, I hope our experience helped him to be a compassionate EMT.

A few years after this incident, the work of an EMT became too physically painful. When I was diagnosed with fibromyalgia, I transferred to work in the EMS offices until my husband and I reached age forty-eight and he retired from General Motors.

We felt called to do volunteer mission work in the US, so we bought an RV and hit the road for the next ten years. I used my medical knowledge to work in a nurse’s station and teach CPR to fellow volunteers.

I’m fully retired now, but whenever I hear a siren, I ask the Lord to keep the crew safe and to give them wisdom when they get on scene. In recent years newscasts have made us aware of other mass shootings. I pray for the victims and families involved, but I also say a prayer for the emergency personnel.

I know the pictures that will flash through their minds as they lay their heads on their pillows that night. May God be as gracious to them as He was to me in dealing with the aftermath.

I’ve never forgotten how God helped me that day with Josh. He answered the requests I made of Him that very morning. He not only gave me protection and wisdom, but He also kept the promise I read in Joshua 1:9 — to be with me wherever I went.

It’s a promise we can all claim no matter what He’s called us to do.