Darlene Ellis serves in her women's Bible study group and prayer group at church. She has had devotions published in 2015 Penned from the Heart and The Upper Room. She has also been published in LIVE. Darlene lives in Oregon City, OR. 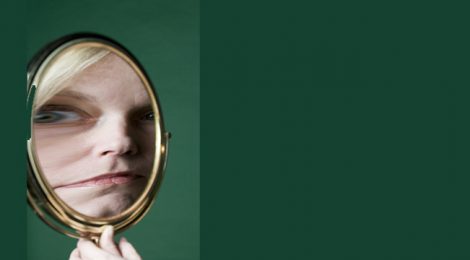 A journey of recovery.

nowwhat / September 1, 2016 / Comments Off on Searching for Security / Mental and Emotional Health

I stared at the egg and toast on my plate. I couldn’t eat because during the night, I dreamt Daddy had died a horrible death right in front of me. I sat there, numb with fear. I’ll lose him and be alone.

By the time I was born in 1949, the stage was set for my insecurity and fear. I was born premature and spent my first thirty days isolated in an incubator.

My mother had lost two sons within two years of my birth and had a nervous breakdown before becoming pregnant with me. Fearful and grieving, she had no emotional reserves to nurture a baby.

My father became an alcoholic after his traumatic experiences as a foot soldier in Europe during WWII. Though both he and Mom drank, his drinking took priority over family relationships. Their marriage deteriorated.

My fears as a toddler of losing the people who nurtured me, or pets, were only the beginning of my insecure ways, and they led to unhealthy patterns. My father, easygoing and kind, showered me with affection when he was home — until his first drink of the day.

By grade school age, my heart sank each time I saw him open that first beer. I dreaded losing his attention and feeling lonely and isolated again. Meanwhile, Mom remained distant and unapproachable.

Was I the cause of all this? If I just become good enough, my parents will change and give me attention. I worked at becoming a model child and not upsetting or taxing my mother.

“Please don’t drink, Daddy” became my frequent plea. He promised to — later. After school or on weekends, I picked up his beer bottles and brought food to him in bed, where he lay after a drinking binge.

My fear of loss started me talking to God. As a third grader, I lay in bed with ten stuffed animals crowded around me and prayed through my list of loved ones and pets. I God-blessed every one of my stuffed animals, every night, before I could fall asleep. This will keep them safe with me.
I couldn’t sleep in a room by myself until the seventh grade. Even with my mother in my bedroom, I kept calling out, “Goodnight” until she responded or I fell asleep.

But my efforts didn’t change my parents and give me what I craved. The nagging doubt that I just wasn’t good enough to have my needs met settled deeper inside me.

At thirteen, I shifted my focus. If I couldn’t change my parents to meet my needs, at least I could become someone who wouldn’t get rejected. I stuffed my needs and became the giver in my relationships.

By the time I was a high school freshman, I turned to an older, attentive boyfriend who made me feel cherished. I also worked hard to excel in sports and earned straight A’s.

I ate up all the attention that excelling gave me. Finally — I felt special, accepted, and good enough.

But recognition from achievement wasn’t enough. My parents smoked, making it easy for me to try it. Whenever deep-down insecurity created thoughts that led to unpleasant emotions, I snuck a cigarette from my parents. Smoking smothered these feelings like a pain medication masks pain.

At eighteen, I made marriage to my older boyfriend the next step to finding security. That bubble burst once the challenges of day-to-day living together destroyed my expectation of remaining his princess.

More addictions piled on. I experienced a fresh wave of being loved and valued each time I fantasized about a perfect hero who adored me.

Stuffing food into my mouth became a secret pleasure. Once I over-stuffed myself, I felt ashamed and panicky. I vomited, afraid of gaining weight. I won’t be good enough if I get fat.

My failure to relieve insecurity, along with ignored marital problems, led to a life crisis when I was twenty-five. At the Veterans Administration where I worked, I fell in love with a co-worker, lighting a fuse and exploding everything I had struggled to achieve.

Our spouses filed for divorce as soon as we told them that we loved each other. My “hero in the flesh” and I moved almost five hundred miles away, where he soon dumped me.

“At the bottom”didn’t begin to describe my state. I was alone, far from family. No home, no car, no possessions or money, no prestigious government job, a ruined reputation, and without the man for whom I gave up everything. I felt rejected, humiliated, and confused — and desperately insecure.

Several weeks after my lover left, I went to a photography studio to have photos taken of my puppy and me. I don’t remember all the details, but I was humbled and open to help. I prayed a spontaneous prayer with the owner and accepted Jesus as my Savior.

When I was confirmed in church as a teenager, I only mouthed the necessary words. But I didn’t know Jesus. When I prayed this second prayer years later, I genuinely yearned to know Him.

Even so, my instability increased. I moved back to my hometown and lived with my sister.

One morning, especially overwhelmed by the mess I had made of my life, I cried out to God, “What do I do? I screwed up big time. How? Why?” I wiped my tears and took a big breath. “I don’t have the answers, God.” The minutes ticked by.

Sighing, I plunged ahead. “OK, God, I give up. I’ll try Your way. Please pick up the pieces of my broken life and put it back together. I’m tired of trying and failing.”

Shortly after this, in an unexplainable way, I sensed God telling me that He would always love me and never leave me. Later, the Bible confirmed these promises that formed the new foundation for my self-worth and security.

Did I transform into a healthy woman overnight? No. Quick fixes didn’t heal my insecurity and its baggage of low self-esteem, people-pleasing, addictions, and anxiety. Jesus made me a butterfly in God’s eyes, but I remained a caterpillar in the flesh.

My recovery dragged on for years while God proved His unwavering love, acceptance, and dependability to me. He patiently pried me loose from anyone or anything that gave me false security, redirecting me toward Him as my security.

I often fought what God wanted to change in me, and made myself miserable in the process. He didn’t tolerate my fantasy that only marriage to the lover who left me would bring me security and self-worth. I endured years of unnecessary pain by clinging to the hope that this man would return to me — until one day I finally had enough.

After receiving new evidence of this old lover’s lack of interest, I went jogging. I cried, hurling angry words at God. At the same time, I gave up my lover for God. He was all I needed.

I accepted God’s plan for me, even if it meant remaining single the rest of my life. God then led me to a list of Bible verses on deliverance. I repeated them whenever I thought of my old lover. Eventually I lost my yearning for the guy and stopped fantasizing.

Breaking my smoking addiction took longer. I cringed at the thought of life without a cigarette. But nagging guilt shadowed me. “I’m a Christian,” I cried to God, “and I still smoke!” After numerous attempts, Bible verses, prayer support, and a church program, I succeeded.

Next came counseling. I learned to recognize and allow myself to experience fear of loss, low self-esteem, insecurity, and unloved feelings instead of distracting myself with an addiction or activity. God taught me to go to Him first for help during these emotional episodes. He then provided what I needed to control my thoughts and stabilize my feelings.

God became my 24/7 confidant to whom I poured out my frustrations, disappointments, anger, and grief without fear. As my dependence on Him increased, my emotional health improved. The food bingeing and vomiting stopped.

Year by year, I felt more secure. I had found Someone I could always depend on. Accepting Jesus’ gift of dying for my sins helped me feel worthy to receive from others.

I became more transparent and formed reciprocal relationships. Though I remained vulnerable to feeling insecure and fearful of losing someone who nurtured me, my responses in those episodes changed.

I am not free of all insecurity, but God has healed me greatly and given me tools of prayer, truths and promises in the Bible, other Christians, and medication to deal with unexpected episodes.

I am grateful I became insecure at an early age. The fears insecurity created started me talking to God, leading me to depend on Him, the most secure place for me to be. He has restored more than I lost years ago and given me a healthier, more joyful life.

I have accepted what He has not yet changed in my imperfect self in this imperfect world. He will continue to change me until one day, in eternity, I will be flawless.