Andrea Peden writes personal non-fiction stories, as well as poetry and short stories. She has been published in Conquer magazine and Joyful Living magazine. Andrea lives in Cambridge, VT, with her husband, Michael, dog, and two cats. Visit her blog at https://saywhatyoufeel2.blogspot.com/2021/02/hi-my-name-is-andrea.html. 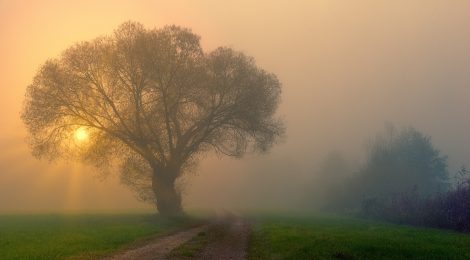 nowwhat / October 1, 2021 / Comments Off on The Cancer Journey / Physical Health

The shock and horror shook me to the core. I went numb when I received the diagnosis: Stage 4 metastatic breast cancer; estrogen positive; treatable but not curable.

”I’m really sorry. I’m really sorry.” The words of the oncologist echoed in my ear. “Take Tamoxifen until it doesn’t work.” What did that mean? Why was the doctor saying, “I’m sorry”? Shouldn’t doctors look for an answer to the problem rather than apologize?

And what does it mean to take a medication “until it stops working”? Is that like the prednisone I was told to give our cat for incurable cancer, until it stopped working?

What about my dad, who died of prostate cancer ten years prior? Would my journey be like his?

Two-and-a-half months prior, in October 2011, I was diagnosed with breast cancer after a regularly scheduled mammogram. Before the diagnosis was confirmed, I needed to undergo a biopsy.

That was nothing new; I had undergone one ten years prior, when “something” showed up on the mammogram. However, this time, things seemed different.

During the biopsy, I lay on the table, trying to be brave as the needle moved around inside of me. Tears flowed as thoughts rushed through my head: We won’t be able to adopt a child. All of our hard work and our hopes and dreams in respect to adoption are over. How will I tell Michael?

Michael and I had spent years trying to conceive a child naturally. When that didn’t work, we turned to adoption and had been waiting to adopt a child from China for five years.

I belonged to a blog site that seemed to have inside information about the adoption process and the reason for delays, and I would check that website every day. We bought clothes and toys and furniture, anticipating the joyful event.

Michael and I also obtained a grant from a Christian organization that would be paid to the adoption agency we were working with, and we were waiting to be matched with a girl. Our dream was coming true.

The words of the radiologist snapped me back to the present. “Your lymph nodes look a little puffy.”

“What does that mean?” I asked.

“It could just be that you are fighting an infection. We will know more after the biopsy comes back.”

More bad news? I was still trying to wrap my head around my diagnosis.

A few days after the lumpectomy in my left breast, I was told that the surgeon removed twelve of my lymph nodes — all positive for cancer. Because the cancer had spread, I would need chemo.

In addition, I developed lymphedema, which can occur when lymph nodes are removed and the path of the fluid in the body is blocked. Hearing the news about my lymph nodes and the subsequent lymphedema petrified me.

I faced two rounds of strong chemotherapy and intensive rounds of physical therapy.

On top of all this, I had developed a frozen shoulder.

In the following days, I grieved as I contemplated my funeral and leaving my husband of fifteen years. Part of the grief included needing to stop our adoption process. Our dream of having a child was no more. I didn’t know how to pray without begging.

As the shock and horror wore off, I looked for ways to pray. A few priests prayed over me and administered anointing of the sick. Friends and family prayed as well. I received cards and heard prayers on the radio that quoted the verse “I can do all things through him who strengthens me” (Philippians 4:13, NIV).

Maybe I just needed to stop begging God and start listening and trusting Him.

I had been lying on the couch feeling sorry for myself when I heard God say, “You are fifty years old and healthy. You are not going to die right now! You are going to do what it takes to stay alive and show this cancer who is boss!”

God answered my prayers and told me to take action. I allowed friends and family to assist me on this journey, as I truly believe that God works through others. My sister and friends suggested that I look for a doctor who specializes in my type of cancer. One of my friends gave me information about Dana Farber, and my husband made the appointment.

After spending time in prayer, Mike (who always relied on God for answers) researched food and supplements that beat and prevent cancer. He made a special “power meal” for me that included all of the ingredients that prevent many side effects of the medicine.

My husband and I became curious about treating and hopefully curing this disease. We read books about others living with and beating cancer naturally and by integrative means. I spoke with other cancer patients locally and nationally, and both of us attended support groups and retreats.

I decided that I was not going to get caught up in the whirlwind of chaos and hopelessness. Through prayer, hope, and support, I would let God take the reins and assist me to power through this unknown world and find the answers I was searching for.

I also decided that I was going to live life as normal as possible. Even after chemo, hair loss, lymphedema, and a frozen shoulder (eventually cured), I continued to work. Dealing with children as a para-educator took my mind off the horror of my circumstances.

Performing in musicals, singing in church, and attending Zumba classes lifted my spirits and connected me with people. I also reached out to the American Cancer Society and was matched with others with the same diagnosis. Instead of hanging my head and grieving, I became a part of the community.

I started a new life the moment I was diagnosed with cancer; I left the old life behind. I no longer worried about checking the adoption website to see how much longer it would be until we could adopt.

My husband and I both realized that even though we trusted God to help us adopt, it wasn’t His plan for us. We needed to listen as well as ask. Our interests changed and our lives switched direction. I joined Mike in his venture to sell his Power Meals. I also found a job in my field of study, clinical mental health, where I worked with children and families.

My life has been altered, and yes, I do take medications until they do not work anymore. But by that time, something else has always been discovered about the particular medication I was taking.

Fast forward to today. Cancer is always changing, and with it comes changes in health needs. Tumors in my liver had multiplied and grew substantially over four years. I lost weight, was weak, and experienced various health-related issues.

I left my budding career as a therapist in order to take care of myself. After I prayed about the direction of my medical treatment, medical staff strongly urged me to accept chemotherapy. However, after lots of praying and listening, I took a leap of faith and entered a clinical trial for estrogen positive breast cancer at Dartmouth-Hitchcock in New Hampshire.

My leap of faith paid off. Even though my local doctor said that chemo was the only option for me, this new doctor offered me a new direction. After the first two months of treatment, I began feeling so much better. My tumors shrunk and stabilized. My energy level returned, and I could eat foods I could not eat previously, including coffee!

I truly believe that through the power of prayer, I was given the strength to persevere even in the midst of my struggles. Children were still a part of my life, through work. God led me to the right doctors and other people who would support me during this process.

Trust for the future

Today I am happy and content. Being home with my husband, dog, and three cats is a wonderful gift. Writing has become my new hobby and hopefully a new career someday.

I don’t know what the future holds, but I will continue to pray and trust in God’s grace and His will for me on this journey.

God isn’t done with me yet!