Jeanette Levellie has published a bi-weekly humor/inspirational column in her local paper since 2001. She has written three books (Two Scoops of Grace with Chuckles on Top,The Heart of Humor, and Shock the Clock: Time Management for Writers and Other Creatives. Her writing has also appeared in such publications as Guideposts, The Upper Room, Country, Chicken Soup for the Soul anthologies, and Woman’s World. In addition, Jeanette is a vocalist, songwriter, and speaker. She lives with her husband in Paris, IL. 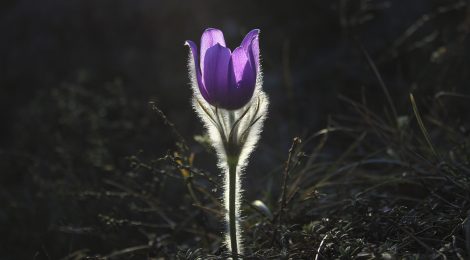 A tough lesson in letting go of hurt.

Barry’s* words stung like salt poured into an open wound. Minutes before the worship service began, standing in the center aisle, he rebuked me in front of several friends.

As my heart doubled its tempo, heat crept up my neck and into my face. I wonder if I could run home right now, I thought. Considering my anger and embarrassment, it would have probably taken me only thirty minutes to sprint the three miles to our house.

I nursed my wounds through the church service, swallowing sobs that tightened my throat. I felt like a liar singing “The joy of the Lord is my strength,” and I barely heard ten words of the sermon. After worship, I managed to smile as I greeted the pastor and his wife.

Our church family included most of our closest friends, including Barry and his wife, Tina. My husband, Kevin, and I usually stayed and visited for up to an hour. But today I nudged Kev after five minutes and whispered, “I have to go home.”

As soon as we entered the house, I dashed to the bedroom, locked the door, and began to pace. The anguish gripping my soul would not allow me to kneel or even sit.

“Lord, I am so upset with Barry right now. He ridiculed me in front of several of my closest friends. How could he be so insensitive and rude?” I knew I needed to forgive Barry. I also knew that pretending I wasn’t offended would only make the wound in my heart grow and fester.

The tears dripped off my chin like warm raindrops. “He was mean to me, Father. Even if I needed to be corrected about a mistake I’d made or a wrong I’d committed, Barry should’ve done it in private. Instead, he scolded me in the center aisle for everyone around to hear!”

Although anger boiled over as the words tumbled out, I sensed the Lord’s presence. I knew He was listening, allowing me to release the anguish in my soul.

After venting my frustration to God, I felt calmer. But I knew I would have to wrestle with my emotions to forgive Barry. I could say the words “I forgive Barry,” but I needed to release him from the rage I felt toward him. More than that, I needed to free my heart from the ugly vine of bitterness already starting to grow there.

For several weeks, I avoided Barry and Tina at church, always being too busy chatting with others to speak to them. I prayed for Barry and blessed him, knowing that Jesus had said, “Bless those who curse you, pray for those who mistreat you” (Luke 6:28, NIV). But I still wasn’t free of the stabbing pain every time I saw Barry or thought about his caustic words.

“Father, I can’t go forward dragging this chain of resentment around,” I said. “Show me how to forgive Barry, please. I need divine wisdom.”

In a flash of mercy, God brought to mind my Grandmother Viola and her horrible childhood — much like Cinderella’s story, but without the glass slipper ending. One afternoon following Grandma’s funeral, her best friend, Florence, and I shared a pot of Earl Grey tea. I listened as Florence re-told the story of Grandma’s early years.

“When Viola was six and her brother, Stanley, only three, her mama died. Her papa married a woman with two boys a bit older than Viola and Stanley.” Florence went on to tell of the bleak existence Grandma and her brother endured at the hand of their stepmother. Trips to the dump to get raggedy clothes and mismatched shoes for school. Cruel treatment of her and her brother, while the stepbrothers received special favors. The growling of her belly day after day from lack of enough food.

Then Florence passed along another glimpse into Grandma’s life —one that shocked me to my core. “Viola’s confided in me that her stepbrother, Grayson, raped her when she was eight years old.”

My mouth dropped open, but no sound came. My grandmother once told me that she’d forgiven her stepbrother Grayson of “everything he’d done,” but I thought she meant childhood bickering.

In spite of Grandma Viola’s abuse and betrayal, no one could help but be drawn to her sweet nature. She gave the rudest store clerk the benefit of the doubt, saying, “He must have not slept well last night.”

She readily and freely forgave my overbearing granddad. No matter the enormity of their disagreement during the nightly news, she would hold his hand at the kitchen table the following morning as they read the Bible and prayed together. And she never criticized anyone. “Live and let live” was her life’s motto.

Molded to His image

How did she do that? I wondered as I fought my anger toward Barry. Although I admired Grandma, I wasn’t sure I could develop the same graciousness she exuded under much worse circumstances. Grandma was compliant, quiet, and subtle. I was feisty, outspoken, and flamboyant. Would I ever succeed at emulating someone whose personality was as different from mine as silk is from burlap?

As I pondered Grandma’s endearing qualities, her favorite saying echoed in my mind: “I don’t know how people get along without the Lord.” Grandma had not given her life to Jesus until she was an adult. But her hunger to know God reminded me of a child who’d tasted chocolate for the first time and couldn’t get enough. She read her Bible daily, treasuring each word. She allowed the Holy Spirit to replace the hopelessness of her past and mold her into the image of Christ — the image of grace.

That’s it! I thought. The difference in Grandma was not due to her natural-born personality but the supernatural power of God’s Holy Spirit at work in her — the same Spirit I received when I accepted Christ as my Savior. Like Grandma, I could not only forgive but also release my offender.

After all, the Bible told me that Christ in me was the hope of glory (Colossians 1:27). This was what Grandma had — a blessedness that infused me with needed strength to forgive Barry and set my soul free from its torment.

“You and I can do this, Jesus,” I whispered. “With the same power You chose to forgive me and Grandma chose to forgive her abuser, I choose to forgive Barry. I release him into Your loving, gracious hands. Only You know how to help Barry overcome his bad habits. I refuse to play judge any longer.”

Sweet warmth washed over me, like the hug of a dear friend. I could almost feel the tug of a holy hand on that poison vine of bitterness, uprooting it from the soil of my heart.

Over lunch a week later, Tina shared with me that Barry was raised by an overbearing, perfectionist dad who often shamed him for the least mistake. In this harsh atmosphere of criticism, Barry had erected a wall of criticism to hide his insecurities. That glimpse into his heart helped begin the healing in mine.

I never did confront Barry about hurting me. Once I learned the woundedness behind his behavior, I extended grace to him and didn’t avoid him. He and Tina remained good friends.

Grandma had learned to practice Charles Dickens’ advice: “Reflect upon your present blessings — of which every man has many — not on your past misfortunes, of which all men have some.” By the glory of God within me, and Grandma’s example, I was finally learning it too.

* Names have been changed.