Linda Holloway is the author of Lord, You Have My Heart: Devotional Prayers for Women, and she has been published in Focus on the Family, Metrovoice Christian Newspaper, Lookout, God’s Word for Today, and Live. Her work has also appeared in three books in Group Publishing’s Ministry in the 21st Century series, in the books Living the Serenity Prayer, Life Savors, and God Encounters, as well as in several devotional books. Linda lives in Prairie Village, KS. 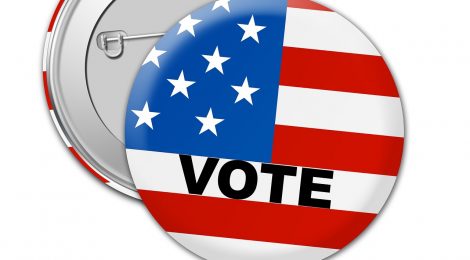 What does God look at when the final results are in?

My husband, Jerry, and I joined others for the election night watch party that August night in 2000. We chatted and enjoyed refreshments in front of the TV. All of us had worked diligently for months. We too dismissed the early numbers.

However, the trend continued. Less than three hours later, the race was called.

Everyone sat in stunned silence. After all our hard work, our candidate was beaten by a landslide. It hurt: Our losing candidate was me.

The atmosphere in the room pressed on me like a gathering storm. I couldn’t go home yet. I had to go to the hotel where my political party’s election night gathering was in progress.

I wouldn’t tell the local and national reporters where I was watching the results, since it was a private home. However, I assured them I would be at the hotel later in the evening.

Why so much attention to this race? Why would people across the nation, and even in other countries, care about the 2000 Kansas State Board of Education election?

The issue was a decision made the year before: We de-emphasized, but didn’t ban, the teaching of evolution in the new science standards. That’s it. Even presidential candidates were asked their opinion on the vote. Energized by vehement indignation, pro-evolution groups and individuals targeted my race. I chaired the board at the time of that vote.

I had interviewed with local, state, and national reporters, as well as those from three other countries. The firestorm began three months before the vote. Now our opponents had succeeded in unseating two of us. And I had promised to face the reporters and cameras one more time.

As Jerry drove me to the hotel, I sat in a daze. Lord, please help me, I silently prayed as we stepped into the lobby. I couldn’t imagine what I would say.

God proved to be “a very present help in trouble” (Psalm 46:1, NKJV), as He had been the prior fifteen months. Camera flashes blinded me, but I spoke toward the bristle of microphones and got through the short interview.

In the ballroom, the crowd applauded me. Even though this was a primary race, my opponent hadn’t shown up. Some of her vocal supporters were there, but most of the crowd had backed me.

The party chair asked me to join him on the platform. “Thank you,” I said to him and to the crowd. They burst into applause again. After they quieted, I swallowed hard. “I want to congratulate. . . .” I choked on her name but managed to speak it out.

The chair said something kind that I don’t remember and helped me down the steps. I received hugs from many as Jerry and I made our way to the exit. So sweet. So hard.

When we returned home, I said to my husband, “Can I cry now?” and collapsed in his arms. He held me a long time. I didn’t just barely lose my bid for reelection. I was crushed.

The next few days and weeks, I moved in a fog. I avoided the news, sure my opponents were gloating. Embarrassed, humiliated, and exhausted, I didn’t want to see or hear them.

During that week many friends and supporters contacted me with condolences for my loss and appreciation for my public service. One dear friend showed up at my door with roses and a hug.

Untold numbers of Christians across the nation and the world prayed for me during the saga. Without those prayers, I would have crumpled under the intense scrutiny and pressure.

My church family and prayer group surrounded me with love — another critical help for me. Compounding my election loss was grief over my father’s unexpected death five months prior to election night.

A month later my husband and I went on vacation — a welcome escape for a week. Up to that time, I thought I’d been handling the situation OK. However, down by the lake at sunrise, I threw a fit. “God, You knew I was going to lose. Why did You tell me to run?”

Silence. I fumed and cried until I ran out of tears. Though I’m sure God wasn’t surprised, my anger at Him shocked me. He didn’t answer my tantrum, but He wasn’t mad at me.

I didn’t recognize the political loss as something I needed to grieve. After all, I’d seen other losing candidates move on with their lives. No reason I couldn’t do the same thing. Of course, I couldn’t see their private lives or feelings.

The Lord had given me courage to stand up through all the withering, insulting comments and had surrounded me with wonderful Christians. Had I let Him, He would have helped me navigate my grief after I suffered the loss. I would have recovered much quicker had I given myself permission to grieve and leaned on the Lord to get me through.

On my last trip for the board months after the election, God revealed my progress in getting over my defeat. A local science teacher had frequented the board’s open forums, and the press repeatedly sought him out for quotes about our decision. He was cast as the reasoned scientist, while I was religious and unintelligent.

Anger flashed through me, but I smiled slightly and mumbled something. We both glanced at our tickets and took our seats. When I realized his was directly in front of mine, I wanted to kick the back of his seat like a little kid.

In that moment of anger, God revealed a serious problem of unforgiveness. Like a balloon with a slow leak, anger drained from me, and I asked the Lord to help me with my negative feelings. Though emotionally I didn’t feel it, I forgave the man.

I’d planned to tell the teacher goodbye when we arrived at our destination, but the crowd separated us. He deplaned before me and disappeared in the mass of people. But it didn’t matter: I knew God had worked in my heart because I left the plane without the heavy baggage I’d been carrying for months. That event proved a crucial part in my healing.

But I had more to endure. One of the hardest things I faced was serving my remaining five months on the board. As soon as the chairman adjourned the last meeting, everyone jumped up, said goodbyes, and left. No hanging around to chat.

There I sat, alone. Again I wondered why I had experienced the resounding defeat. Had I missed God?

That sparked more questions. Was I really a loser? Isn’t winning intended to achieve a goal? Whose goal?

I finally got my answers. In the world’s eyes, I failed — but not in God’s. I knew God had told me to run in the election. That’s all the assurance I needed.

Because I allowed the world to define me, it took time to gain the perspective of success. I came to recognize it in the wins along the way: showing up at the hotel when I wanted to run, answering reporters and other critics, and giving my concession speech. I considered even facing my kind supporters as a victory.

I realized I had been running with endurance the race set out for me, as the writer of Hebrews said (12:1). The Lord ran with me along the hills and valleys, but I tripped over worry about what people thought about me. I had fixed my eyes on myself instead of on Jesus, then veered off course — a dark and ugly place. When I was ready, God picked me up and led me back to my race. He still had purpose for me beyond that painful August night.

This experience revealed that I was willing to take a stand, even if unpopular. That’s success in the eyes of God. It also taught me to disregard the Enemy’s lie. The truth is, I’m never a loser when I follow Jesus. He’s already won the race for me.